Is James Harden playing tonight? Harden won’t be joining the line-up against the Mavericks as he’s currently recovering from a hamstring injury. 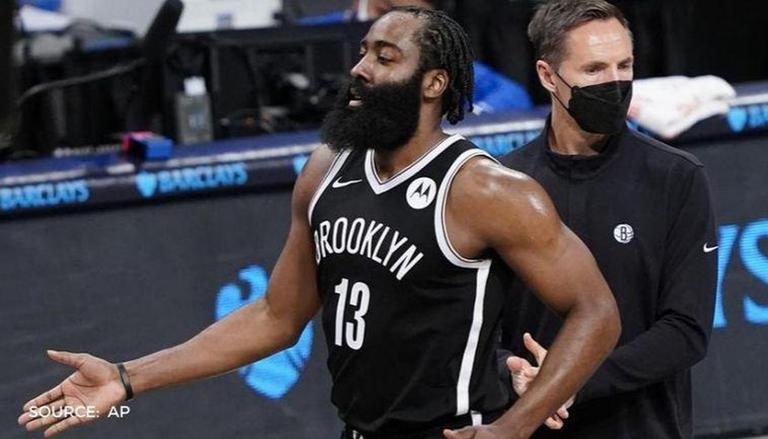 
The Brooklyn Nets will go up against the Dallas Mavericks on Thursday at 7:30 PM local time (Friday at 5:00 AM IST). The Nets are currently sitting at the second spot of the Eastern Conference standings, but have been struggling for the past few weeks. They have lost their last three games, with two back-to-back losses coming from the hands of the Milwaukee Bucks.

According to many, the biggest reason behind the Nets' recent defeat was the absence of top players James Harden, who is currently recovering from a hamstring injury. Kyrie Irving and Kevin Durant, who’s also struggling with his health, tried their best against the Bucks on Wednesday to turn things around, but Giannis Antetokounmpo and team toppled them, earning tier third straight win. However, Irving was the top scorer of the night, dropping 38 points, points, three rebounds and five assists for the Nets. Kevin Durant, on the other hand, scored 32 points, while Antetokounmpo added 36 points for the Bucks.

On April 5, 2021, James Harden was sidelined due to an injury. An MRI report later confirmed that James Harden was forced to withdraw in the first quarter against the Knicks due to a hamstring strain. Earlier, rumours were swirling around the 31-year-old is responding well to his treatment and could make his return soon. However, Nets recently squashed the rumours, claiming that Harden be will out of the tournament “indefinitely”.

Because of this, it has been confirmed that the James Harden return will not be possible for the upcoming game against the Mavericks. Despite that, the Brooklyn Nets still boast a strong line-up, with the other two BIG 3 members Kevin Durant and Kyrie Irving leading the team.

The Brooklyn Nets are at the second spot of the Eastern Conference standings with a win-loss record of 43-23. Meanwhile, the Dallas Mavericks are at the fifth spot on the Western Conference table. Luka Doncic and team have played 65 games so far in the tournament, winning 37 and losing 28.

Brooklyn Nets: Apart from James Harden, Spencer Dinwiddie and Chris Chiozza are expected to miss the game against the Mavericks due to injury.

Dallas Mavericks: Tyrell Terry and Maxi Kleber are expected to be absent on Thursday night, while Kristaps Porzingis is recovering from a long-term injury. However, Tim Hardaway Jr.’s return from injury in the last game might have boosted Mavericks’ confidence.