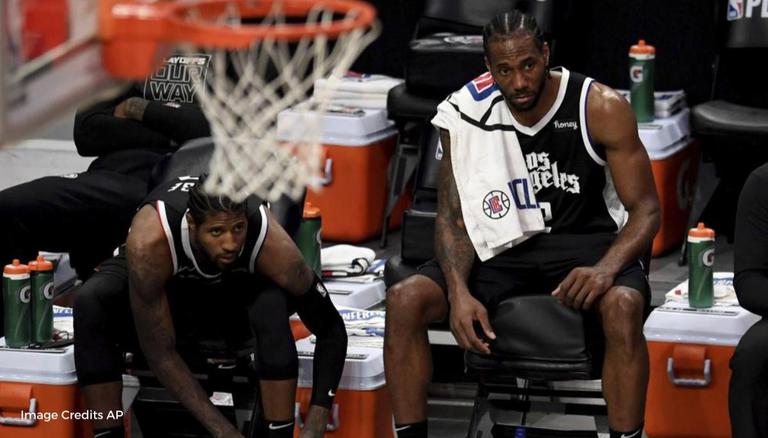 
Kawhi Leonard suffered a knee strain in the Clippers Game 4 win over the Jazz, and since then it has been all Paul George who has led the team in the Playoffs. With the series at 3-2 and the all-important Game 6 to be played on Wednesday, the Clippers once more find themselves with their backs against the walls and it looks like they will have to take the court without Kawhi Leonard. Here is a look at the Kawhi Leonard injury update and a possible Kawhi Leonard return date.

The elevation involved with flying to Phoenix "wouldn't be good for his knee,” per @ChrisBHaynes pic.twitter.com/XeI5k0aMVg

The two-time finals MVP was an instrumental part of the Clippers team and before his injury, Paul George and he were starting to look deadly, combining for 62 points in Game 4 to help the Clippers tie the series. After the game, it was reported that Kawhi suffered a knee strain and that would inevitably rule him out of the Jazz series. Although the Clippers managed to make a comeback and seal a 4-2 win, the news of Leonard's absence was a major setback as the Clippers were playing their first Conference Finals in franchise history. Kawhi was seen in the stands during the Game 5 win, there are no reports on any developments on a Kawhi Leonard return but the severity of the injury is such that it could keep him out of the game for a long time.

Kawhi Leonard has missed 8 games due to injury. Feels like forever, but it hasn't even been 3 weeks because the Clippers have played a game every other day the entire month. Hasn't even been that much recovery time.

There are no updates on his return, but the Clippers and Ty Lue have several times mentioned that they would be preparing as if Kawhi would never come back in the Playoffs. His exit has definitely taken of an elite defender and probably one of the best players in the postseason, but the Clippers have been resilient all season and that has shown up again as the entire team has contributed and helped the team put up a fight against the Suns. Ty Lue has one of the best records when his side faces elimination and he will be hoping that he continues his brilliant record to win the series and send the Clippers to their first-ever NBA Finals.