Is Steph Curry playing tonight vs Grizzlies? Here is the injury report for the Golden State Warriors star before the play-in game on Friday EST. 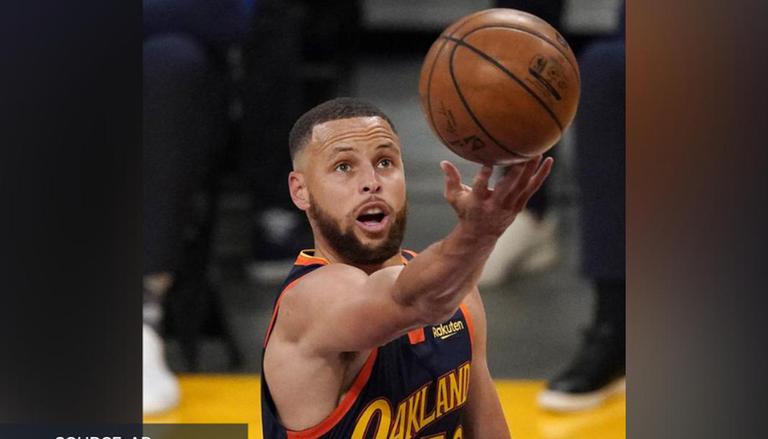 After their loss against the Los Angeles Lakers, the Golden State Warriors are headed to another clash to secure their 2021 playoff spot. Following their narrow 103-100 loss vs the Lakers, the Dubs will face the Memphis Grizzlies at home. Curry, who has carried the team for this whole season, will look to secure his team a spot in the postseason as the No. 8 seed.

According to recent reports, Curry will be playing against the Grizzlies. The game is scheduled for Friday, May 21, 9:00 PM EST (Saturday, May 22, 6:30 AM IST) at the Chase Center. While Curry is playing, Kelly Oubre Jr and Damion Lee will miss the game.

Curry, apart from his tailbone injury, has been healthy for the season. The Warriors icon ended his 2020-21 season with a 32-point average. Per reports, he is in line for the NBA MVP award with Nikola Jokic and Steph Curry.

A short while after their previous meeting, the Golden State Warriors and Memphis Grizzlies will be meeting for the NBA 2021 play-in tournament. The teams will have one last chance to make it to the postseason, where the winner will become the No. 8 seed in the West. The winner, as per the traditional NBA playoff bracket, will play the Utah Jazz for the Round 1 series.

The Grizzlies beat the San Antonio Spurs 100-96 at home, while the Warriors lost to the Los Angeles Lakers on Wednesday (Thursday IST). With the eighth seed in question, Round 1 against the Jazz begins on Sunday (Monday IST). The Warriors' regular season ended with a 113-101 win against the Grizzlies themselves, having earned the chance to fight for their playoff spot twice.

Against the Lakers, Steph Curry dropped 37 points, while Andrew Wiggins has 21. Despite the efforts and leading in the beginning, the Lakers took over in the final quarter. Morant has 20 points during the Spurs encounter, while Dillon Brooks led with 24.

"The most challenging thing about guarding him is that they look for him every single possession," Brooks said after the game about Curry. "I shouldn't have got a couple cheap (fouls) and just like stay in the game. That's just my learning curve. I never back down from a challenge".