J. Cole Contract: How Much Money Will J. Cole Earn At Rwanda's Patriots In African League?

J. Cole contract: The 36-year-old American rapper is reportedly on the verge of signing for Basketball Africa League side Patriots BBC this week. 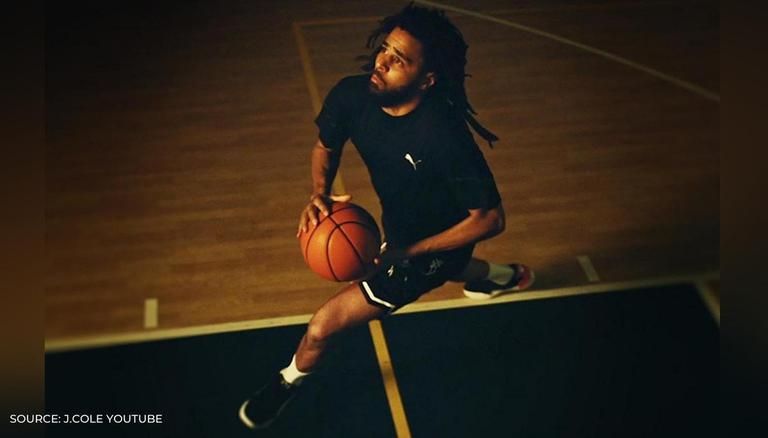 Rappers want to be pro athletes and pro athletes want to be rappers. At least, that’s how the familiar mantra goes. Earlier on Monday, that adage had a chance to be manifested once again after reports claimed that rapper J. Cole signed a deal to play in the Basketball Africa League (BAL) with Rwanda's Patriots. Here is more on the J. Cole contract and the potential J. Cole basketball career.

According to reports from ESPN, rapper J. Cole. has signed a deal to play in the Basketball Africa League with Rwanda's Patriots BBC. The J. Cole Patriots BBC signing is expected to be completed by Thursday. As per reports from The Undefeated’s Marc J. Spears, J. Cole is currently quarantining in order to] play in the 12-team league. The 36-year-old arrived in Rwanda earlier this month to quarantine in order to be ready to play for the Patriots.

Although the J. Cole Patriots BBC deal haven't been announced as yet, he is expected to play between three to six games for the African side. The Patriots will face the Nigeria River Hoopers in their season opener on Sunday, May 16 and J. Cole is already part of the team's roster. It now remains to be seen whether he will be in the line-up to face the Hoopers. Cole, whose songs and projects feature prominent references to sports and his own athletic ability, is listed as 6’2.”

The BAL is beginning its inaugural season this weekend. It is a partnership between FIBA and the NBA, marking the NBA's first collaboration to operate a league outside of North America. The inaugural season will feature a total of 26 games, beginning first with an 18-game group phase for each of the league's 12 teams. The top eight teams from the group phase will qualify for the playoffs, which will be single elimination in all three rounds. The first BAL finals will be held on Sunday, May 30.

J. Cole played basketball at Sanford High School in North Carolina and was briefly a walk-on at St. John's. He ultimately left the program to focus on his music career and never appeared in a Division I game. However, he has previously spoken about his adoration for basketball and sports in general.

In 2013, during an interview with Sports Illustrated, he said, "Sports is where it started for me. It parallels my life. Rap is such a competitive thing. That's why I have to watch sports. I got to keep up. It's my life in just another form." J. Cole has also participated in the NBA All-Star Celebrity Game and previously talked about pursuing an NBA career.