Jordan Clarkson was awarded the 6th Man of the Year Trophy. His brilliance this year has helped Utah claim the top seed in the stacked Western Conference 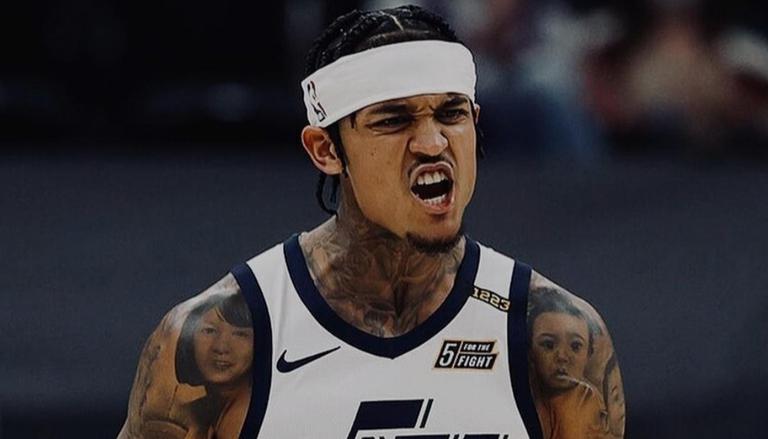 
Jordan Clarkson, who has been fantastic for the Utah Jazz coming off the bench, was honoured by the League as the NBA Sixth Man of the Year 2021. He joins the elite company of some great players like James Harden, Lou Williams who have been honoured with this award before. Clarkson, who is having a career year, has been instrumental to Utah's success this season and his ability to constantly hit the three-pointers with high efficiency, has helped them greatly this season.

✨ What we already knew, Six! ✨@jordanclarksons is officially the Sixth Man of the Year 🖤#TakeNote pic.twitter.com/Z2bSMX2s2v

Jordan Clarkson stats in the 2020-2021 season prove that his impact on the game is significantly high and when he is on the court, he can prove to be the difference. It is not only his three-point shooting ability that stands out, he has amazing handles and can be a great playmaker for the team. Clarkson recorded 208 three-pointers this season, which is 7th overall in the NBA and also averaged a career-high 18.4 PPG, these numbers clearly prove a point why he was awarded the NBA Sixth Man Award for the 2020-2021 season.

Was lucky enough to present 6th man award to one hell of a teammate.

Proud of my guy, no doubt he 100% deserves this award. @JordanClarksons ❤️ pic.twitter.com/DAQy6UANwH

The NBA Awards 2021 has many debatable nominations, but the Sixth Man of the Year was one such category that was sided towards one player. Clarkson received 65 first-place votes in the NBA Awards 2021  from a Global panel of 100 Sports Writers and Broadcasters. Joe Ingles, another Utah Player, came second in the NBA Sixth Man Award for 2020-21 and he was given the responsibility of giving his fellow teammate the coveted trophy. This was the only time that two players from the same franchise finished at the top two spots in voting for the NBA Sixth Man Award.

Clarkson was the 46th overall pick of the 2014 draft and was drafted by the Los Angeles Lakers in the 2014 NBA draft. He was part of a young Lakers team that had a lot of talent but failed to deliver. His trade to the Cleveland Cavaliers in 2018 helped him as he join forces with NBA legend LeBron James. But he was traded to the Utah Jazz in 2019 where he was assigned the role of the 6th man. At the age of 28, Clarkson winning the NBA Sixth Man Award 2020-21 is great for him as a player, but he can only get better from here and if he continues his brilliance in the postseason for Utah, it is certain that this team will make a deep playoff run.

Sixth Man of the Year @JordanClarksons