Kawhi Leonard injury update: Will the Clippers manage to overcome the setback of Kawhi's injury and beat Utah in the Western Conference semis? 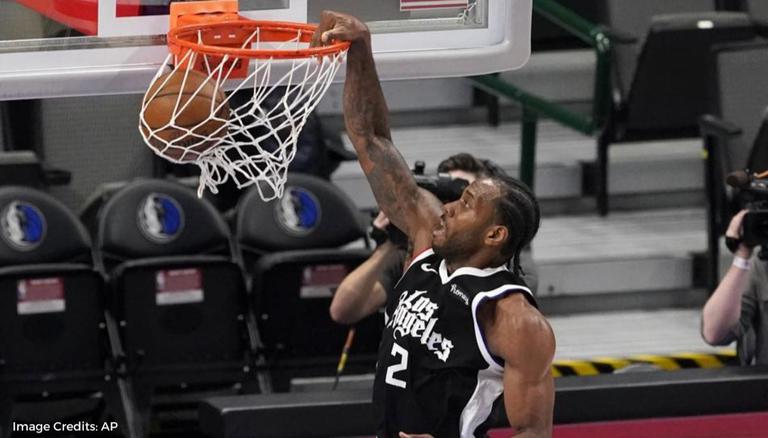 
After leading the Clippers to an amazing comeback in the series against Utah, it looks like Kawhi Leonard will miss out on the remainder of the series after suffering from a probable ACL injury. His injury comes as a big hit to the Clippers in their NBA Playoffs 2021 run, as Leonard was looking in great offensive flow in the postseason averaging 30.4 PPG. With the Clippers vs Jazz series going into Game 6, this setback could definitely change the course of this matchup between the heavyweights.

Kawhi Leonard is expected to miss Game 5 against the Jazz tonight with a knee injury suffered in game 4, sources tell @ramonashelburne & me. His status for rest of series is in doubt as well.

Kawhi's injury is believed to have been caused during Game 4 of the Clippers vs Jazz series, while he was driving towards the basket which seemed to have caused a sprain on his right knee. When asked in his post-game interview if his knee was fine, Kawhi just said " YA, next question." His injury would be a big loss for the Clippers as his presence on the offence has given the Clippers a big boost in this playoffs. Ty Lue, in his pre-game interview, mentioned that Kawhi's return is not fixed and it could only be decided after the results came out. However, multiple reports have suggested that it is possible that Kawhi could indefinitely be out for the remainder of the series.

Leonard told teammates last night to prepare for him to be out.

He landed awkwardly on a drive in the fourth quarter and grimaced in pain Monday night. He briefly stayed in game but didn’t finish as the Clippers secured the win to even series 2-2.

The Kawhi Leonard injury update has not been very convincing for the LA Clippers and it looks like they will have to take the court for the remainder of the series without the 2-times finals MVP. But Clippers have been a great team this season and their resilience has always brought them back from tough situations like these. The LA Clippers have some of the best bench players in the league as Rajon Rondo, Luke Kennard abd Ivica Zubac are all proven players and they will need these players to step up in the absence of Kawhi.

WE RECOMMEND
How to watch Clippers vs Mavericks live? LA Clippers vs Dallas Mavericks prediction
Jayson Tatum misses out on $25 million bonus because of Paul George; details inside
Is Kawhi Leonard playing tonight vs Mavericks? Clippers injury report
Donovan Mitchell equals Karl Malone's 40-point playoff record in 166 fewer games at Utah
Kawhi Leonard injury update: How long will Clippers star be out for?