The Los Angeles Lakers are all set to take on the Phoenix Suns in their next National Basketball Association (NBA) match on December 22 at 8:30 AM IST. 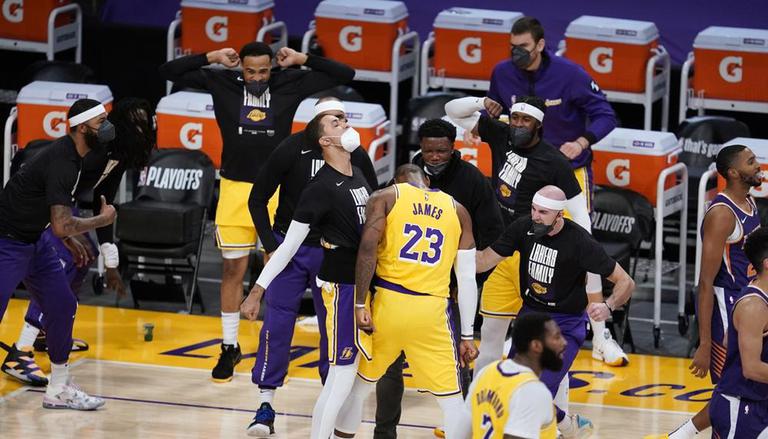 
The Los Angeles Lakers are all set to take on the Phoenix Suns in their upcoming National Basketball Association (NBA) match on Tuesday night (as per local time) at the iconic Staples Center in California. The game is scheduled to commence live at 8:30 AM IST on December 22.

As things stand in the Western Conference, the Lakers are currently in seventh place with 16 wins, while the Suns currently lead the table with 24 wins. Ahead of what promises to be another exciting match, here is a look at how to watch NBA live and the Lakers vs Suns live stream details in India, the US and the UK.

Unfortunately, for Indian fans wondering how to watch NBA matches live, there is no official broadcast in the country. However, fans can use the LA Lakers vs Suns live stream available on the NBA League Pass to watch the match. As for the live updates, fans can track the social media handles of the two teams and the NBA.

Jump up to the top, LeBron 🧨 pic.twitter.com/hvT4jerL8I

How to watch NBA live in the UK?

Fans in the UK wondering how to watch NBA live can tune in to the Sky Sports Network. The Lakers vs Suns live stream can once again be watched using the NBA League Pass. The match will commence live at 4:00 AM BST on Wednesday, December 22.

LA Lakers vs Suns live stream details in the US

United States fans can watch NBA live on the ESPN Network. As for the LA Lakers vs Suns live stream, fans can tune in to Sling TV or FuboTV. Meanwhile, even US fans can watch all the basketball action using the live stream available on the NBA League Pass. The match will begin live at 10:00 PM ET on Tuesday, December 21.