NBA: The LA Lakers will welcome the Detroit Pistons on Monday, November 29th, 8:00 AM IST. In terms of form, both teams come into this fixture behind losses 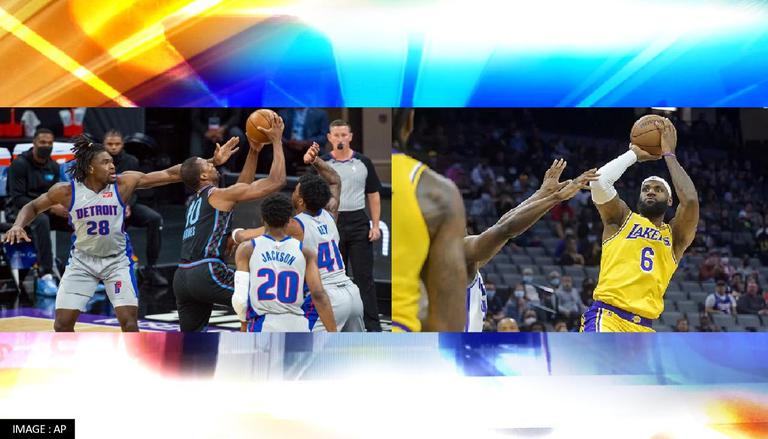 
The LA Lakers will welcome the Detroit Pistons on Sunday, November 28th, 2021 at 6:30 pm PST (Monday, November 29th, 8:00 AM IST) at the Staples Center (now proposed to be known as Crypto.com Arena), Los Angeles, California.

In terms of form, both teams come into this fixture behind losses. The Detroit Pistons lost to LA clippers 107-96 while the LA Lakers lost to Sacramento Kings 141-137.

For LA Lakers Trevor Ariza is out injured with a right ankle injury while Kendrick Nunn is out with a right knee bone bruise.  Chaundee Brown Jr. and Jay Huff will also be unavailable having been sent on a G League Assignment. The team could also be without LeBron James (Rectus abdominis strain) and Anthony Davis (Head Contusion).

For the Pistons Isaiah Livers, Jamorko Pickett, Chris Smith are away on assignments while Kelly Olynyk is out having sprained his left leg. Frank Jackson and Killian Hayes could be involved but the duo was suffering from a Left Ankle Sprain and Left Thumb Sprain respectively.

NBA fans in India wanting to watch LA Lakers vs Pistons Live can log onto the official NBA website or mobile app by purchasing the NBA League Pass. The Annual League pass is available at ₹1499.00 and gives subscribers access to all the matches while there is an 8 game choice select pass that allows fans to watch as many as eight live games every month.

LA Lakers vs Pistons Live streaming in US & UK