Marc Gasol Opens Up On Emotional Time With LA Lakers

In his exit interview, Marc Gasol mentioned how privileged he felt representing the Lakers. He also mentioned how much the franchise meant to his brother Pau. 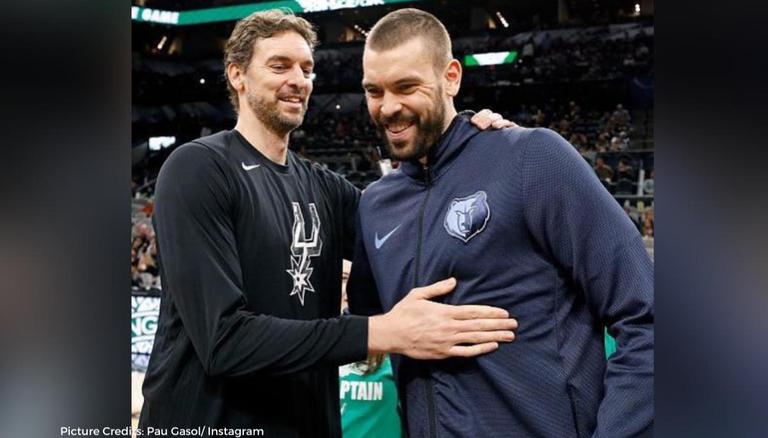 Marc Gasol opens up on emotional time with LA Lakers


Marc Gasol was a great addition to the Los Angeles Lakers roster. His passing ability and IQ helped the Lakers immensely during the season. After a disappointing year for the Purple and Gold, the Lakers players expressed how they felt at the end of the season. In his exit interview, Gasol mentioned that he was appreciative of the chance that he got in representing the Lakers and enjoyed his time with all the players and staff.

Marc Gasol said he was very thankful for the opportunity to play for the Lakers, and cited his family history with the franchise, and specifically what that meant for his brother @paugasol.

Marc Gasol has a year left on his contract and there have been no mentions on a possible extension from the Lakers or him, but after a disappointing season, the Lakers would definitely look to make a few changes to their roster to help compete for the Championship next season. In the exit interview, Marc said, "I came into this year with a mindset of enjoying every second of it, soaking everything in and understanding what an honour it is to wear this jersey. Obviously, you guys know my family history with the team, and how much it meant to Pau and for me to be here and play for this team was an honour and it is an honour so I didn't take it for granted one second."

Marc Gasol said the way the season went and how it got disjointed with injuries, resulting rotations and so on left the Lakers in a spot where they “weren’t able to improve as a unit”.

When asked if the current Lakers team was good enough to win the championship, Gasol said, "Yeah without a doubt if you look at the roster even yesterday, with or without Anthony Davis, you understand the possibilities and capabilities of that team. It's how much you are willing to sacrifice for the team how much of your own game are you willing to put in." Gasol was very confident about the LA Lakers and their chance the next season and said that the rest of the players need to support LeBron and Anthony Davis.

The former Defensive Player of the Year has been a great veteran presence to the Lakers team. He averaged 5 points, 4 rebounds and 2 assists this season. Injuries to Anthony Davis meant that he got more minutes in the Playoffs, where the Spaniard averaged 5.2 points in 17.5 minutes. Marc Gasol has won a lot in his time at the NBA  including a championship. His stint at the Memphis Grizzlies was iconic as he led them to their first Conference final in 2013.

Pau Gasol and his stint at the Lakers

He was traded to the Lakers in 2008 and proved to be instrumental in the Lakers glory years. Easily one of the most iconic players in the history of the franchise, Pau Gasol won 2 championships at the Lakers. He was a key piece to the team that won 2 championships in 2009 and 2010, his camaraderie with Kobe Bryant proved to be significant and he carried that off the court by naming his baby girl after Bryant's daughter Gianna.