MTA vs AXE Dream11: Maccabi FOX Tel Aviv will be facing off against AX Armani Exchange Milan in a EuroLeague 2019-20 basketball game at Menora Mivtachim Arena.

Maccabi FOX Tel Aviv will be squaring off against AX Armani Exchange Milan in a EuroLeague 2019-20 basketball game. Both the teams will face each other at the Menora Mivtachim Arena on Friday, January 17, 2020 at 12:35 AM (8:05 PM CET). You can play the MTA vs AXE game on the fantasy gaming app – Dream11. Here are the MTA vs AXE Dream11 prediction and squad details.

Maccabi FOX Tel Aviv are at the third position in the league standings. They have played a total of 19 games so far. Out of which, they have won 13 games and lost 6 games. Their last 2 games were successful. They won against FC Barcelona and UNET Holon by a margin of 92-85 and 94-83 respectively. They would like to stretch it further against lower-ranked AX Armani Exchange side.

AX Armani Exchange Milan are at the seventh position in the league standings. They have played 19 games so far. Out of which, they have won 10 games and lost 9 games. Their last game was against Anadolu Efes Istanbul which they lost by a 68-88 margin. Before that failure, they had won 2 games. They won their first game against Panathinaikos OPAP Athens and their second game against Zenit St Petersburg. Victory over Maccabi will help them move one step forward in the league standings.

Maccabi will be without the services of four first-team players for the home tie against Milan. The team will be without players like Omri Casspi, Tarik Black, John DiBartolomeo and Nate Wolters.

For AX Armani Exchange Milan there are no injury concerns for ahead of this game, Nemanja Nedovic is doubtful due to the knock he picked up in the last game against Anadolu Efes. 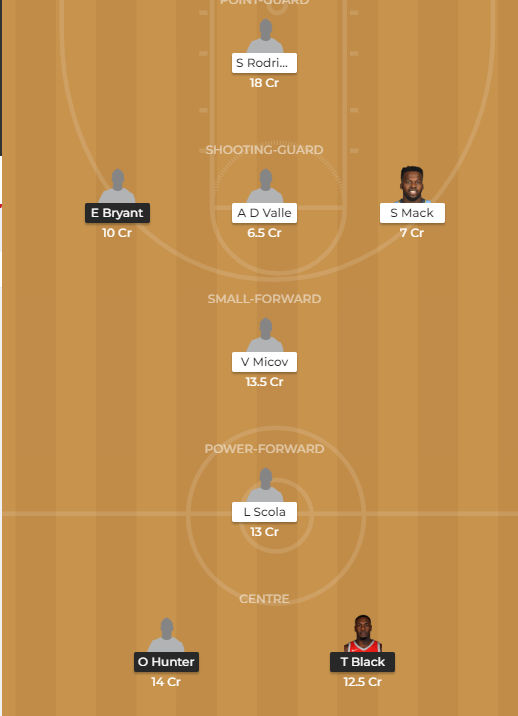 Maccabi FOX Tel Aviv are favourites to win the tie

Note - The  MTA vs AXE Dream11 prediction are our own and do not guarantee positive results in your games.