Los Angeles Lakers face Minnesota Timberwolves at their home, Staples Center in the NBA 2021-22 match scheduled to be played on November 12. 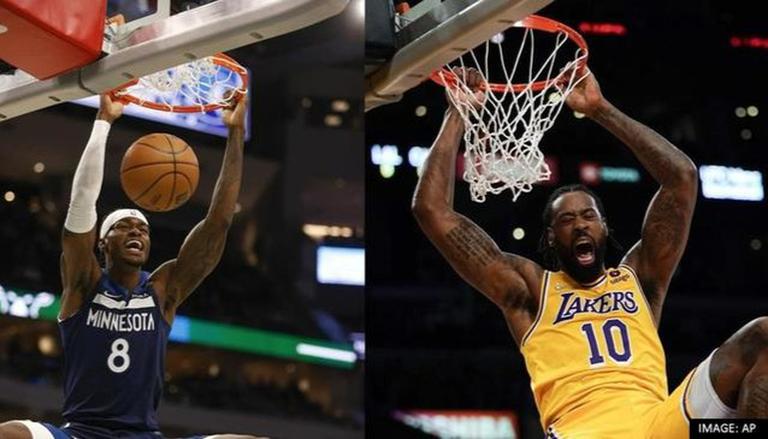 
Minnesota Timberwolves are up against the current table-toppers of the Eastern Conference, NBA 2021-22 points standings, Los Angeles Lakers at the Staples Centre on Friday night. The Timberwolves are currently on a six-match losing streak, following their 123-110 loss against Golden State Warriors on Wednesday night. During the match, Anthony Edwards top-scored for the team by scoring 48 points and became NBA's fifth-youngest player in history to score 45+ points in a game.

Meanwhile, the Lakers face Timberwolves at their home being on a two-game winning streak, having defeated Miami Heat 120-117 on Wednesday night. Malik Monk top-scored for the team with a total of 27 points, as Russell Westbrook successfully earned a triple-double courtesy of his 25 points, 14 assists, and 12 rebounds. Despite their injury woes, the Lakers have done well in their previous match and head into the Timberwolves match as the favourites. Meanwhile, the Timberwolves look to find some consistency as they continue to suffer from a lack of form.

Anthony Davis is probable for the Lakers in the match due to his finger injury while Rajon Rondo’s inclusion in the squad is questionable due to his left hamstring. At the same time, Trevor Ariza, Kendrick Nunn, Lebron James, Talen Horton-Tucker, and Austin Reaves sit out of the match due to their respective injuries. Meanwhile, the Timberwolves head into the match without any injuries.

Heading into the match, Timberwolves skipper Karl-Anthony Towns needs to step us as a leader of the squad. He will be a key player for the team as they seek to get back to the winning ways. Meanwhile, Avery Bradley will be the key player for the Lakers as he returned with 17 points on five of eight three-point chances in the previous clash against the Heat.