LeBron James has missed a no. of games in the NBA 2021-22 season owing to injuries. Know if he will play in the Celtics vs Lakers match at the TD Garden. 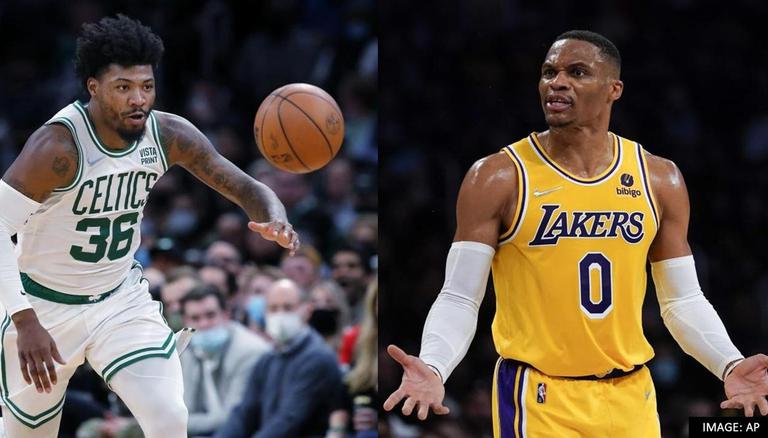 
The Boston Celtics are all set to play against Los Angeles Lakers in the NBA 2021-22 game, scheduled to be played at the TD Garden on Friday night in Boston. Lakers head into the match looking to turn things around for them, as they suffered two consecutive losses at the hands of against Chicago Bulls and Milwaukee Bucks. Whereas, the Celtics head into their home game after losing to Atlanta Hawks in their last match. Lakers and Celtics currently sit ninth in the Western Conference and Eastern Conference points table in the NBA 2021-22 standings.

The star guard of the Lakers, LeBron James has only played six games in the current season, as the team has won four matches and lost six in total in his absence. He last played against the Houston Rockets on November 3, where he returned with a total of 30 points, as the Lakers defeated Rockets 119-117. He was then ruled out of the squad for an indefinite period of time owing to a rectus abdominal strain. However, he was seen doing on-court drills with the team last week, which pushed the speculations around his return to an all-time high. However, as per a report by ESPN, ahead of the game against the Celtics, James said he hopes to return in Friday night’s clash. He currently averages 28.9 points per game and if he returns against the Celtics, the Lakers could see a change in their fortunes.

Anthony Davis has been named as probable to start for the Lakers as he suffered a thigh contusion earlier. At the same time, Jay Huff and Chaundee Brown Jr. will miss the match due to commitments in G-League. For the Celtics, Jaylen Brown and Robert Williams II are questionable to start in the encounter due to right hamstring strain and left knee injury respectively. Meanwhile, Bruno Fernandes, Sam Huser, and Brdoic Thomas are out due to G-League commitments.