NBA scores and results: The Hawks emerged victorious in Game 5 against the Knicks and will face the Philadelphia 76ers in the Conference semifinals. 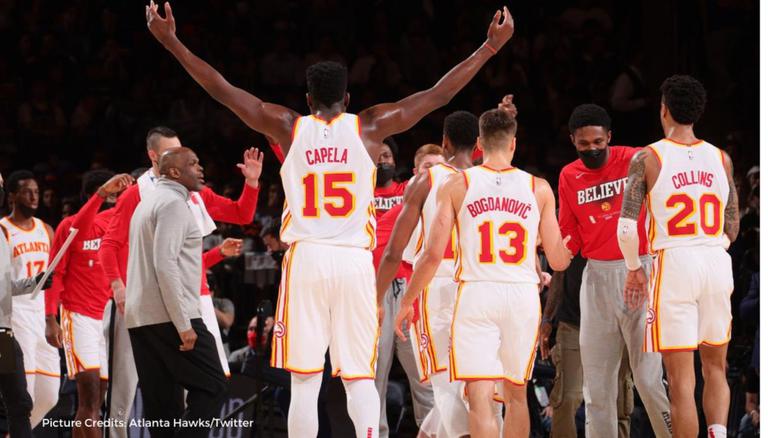 NBA scores and results: Hawks beat the Knicks in Game 5 at the MSG


Eastern Conference has now got its Conference semifinalists. The Atlanta Hawks and the Philadelphia 76ers have joined the Milwaukee Bucks and the Brooklyn Nets to fill in the four spots. Trae Young once again came out on top, his 36 points came in really helpful in a 103-89 win against the Knicks. Philly finished their series in style, a 129-112 win gave them easy success in Game 5 and they will now face Atlanta in the next round. Here is more on the NBA scores, results and NBA highlights.

From the very onset, this series promised to be an entertaining one and it has delivered to the promise. Game 5 had a lot of trash talk and it even got heated at the end of the 2nd quarter. Trae Young lived up to his villainous role as he once again was the difference in the Hawks vs Knicks Game 5. Clint Capela was also very good in the game, his 14 points and 15 boards helped Atlanta keep command of the game.

READ | What did Clint Capela say about Knicks? Hawks vs Knicks Game 5 heats up

Julius Randle showed up with a double-double but that was not enough to prevent defeat against the Hawks. The Knicks have played some amazing basketball this season, a loss in the first round will be disappointing for them, but the team can be proud of themselves after the progress this team has seen over years.

Philly went into the game without their star centre Joel Embiid, but that did not stop them from getting a win on Wednesday. Seth Curry was phenomenal all game and his 30 points of a 58.8% shooting efficiency helped them ease past the Wizards. Dwight Howard was amazing all game and his contribution of 12 points, 3 blocks, 8 rebounds and 3 blocks was vital as he once again proved that he could be depended upon in such situations. Philly will now face a tough test as they meet the Atlanta Hawks in the Conference semifinals.

The Wizards had one of the most amazing turnarounds in the NBA. They squeezed into the Playoffs after defeating Indiana Pacers in the play-in games. Russell Westbrook and Bradley Beal have looked really good, and that backcourt has always stepped up when the Wizards needed them.