NBA scores and results: The Los Angeles Lakers, the Milwaukee Bucks and the Denver Nuggets came away with crucial victories on Thursday, May 27. 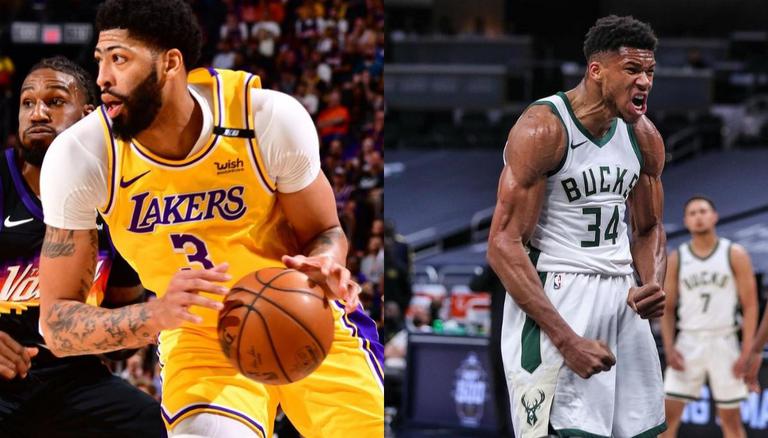 The Los Angeles Lakers defeated the visiting Phoenix Suns in Game 3 of their Western Conference first-round playoff series on Thursday at the Staples Center. Meanwhile, the Milwaukee Bucks stormed past the Miami Heat and the Denver Nuggets beat the Portland Trail Blazers in the other matchups that took place earlier in the day. Here's a look at the NBA results and scores from the games that took place on Thursday, May 27.

NBA playoffs 2021: NBA scores for and results for Round 1 games on Thursday, May 27

Frank Vogel's LA Lakers took their first series lead of the NBA playoffs on Thursday with a 109-95 win over the Phoenix Suns at Staples Center. They now lead 2-1 after previously trailing 1-0. The Lakers struggled in many of the same areas in Game 3 as they have all series, and that was especially true when it came to the seemingly Herculean task of guarding DeAndre Ayton.

Ayton, in his third game against the Lakers, scored 22 points on 11-15 shooting from the field while Devin Booker finished with 19 points and 6 assists. However, the Lakers showed their class and defensive solidity to grind out a crucial win against the Suns. LeBron James finished with 21 points, 9 assists, 6 rebounds while Anthony Davis racked up 34 points and 11 rebounds for the reigning NBA champions.

Last year's NBA finalists, the Miami Heat, are one loss away from elimination in this year's playoffs after a resounding 113-84 defeat to the Milwaukee Bucks on Thursday night in Miami. Khris Middleton led Milwaukee 22 points on 8/16 shooting, with Jrue Holiday right behind him (19 points and 12 dimes), and Giannis Antetokounmpo shot 50% in a 17/17 performance. Jimmy Butler led the Heat with 19 on 7/17 from the field, managing just 3 points in the second half.

The Denver Nuggets beat the Portland Trail Blazers 120-115 at the Moda Center in Game 3 on Thursday to take a 2-1 lead in the series. Nikola Jokic led the Nuggets with 36 points, 11 rebounds and five assists. Austin Rivers was clutch, hitting four threes in the fourth quarter to help keep the Blazers at bay. For the Trail Blazers, Damian Lillard poured in 37 points and five assists, with CJ McCollum adding 22 points and nine rebounds. Jusuf Nurkic had 13 points, 13 rebounds and six assists before fouling out with 5:17 left. Norman Powell pitched in 18 points.