NBA scores and results: Phoenix emerged victorious in Game 6 against the Lakers. They will now face the Nuggets in the Conference Semifinals. 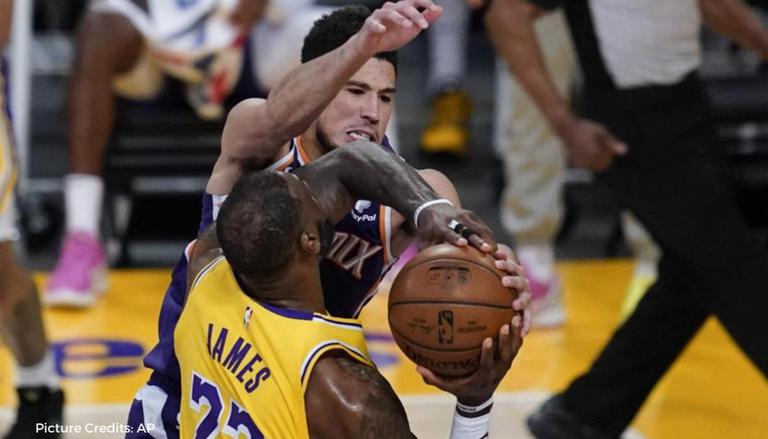 
The Denver Nuggets have made their way through to the Western Conference semifinals after successfully defeating the Portland Trail Blazers in Game 6 of the Playoffs. This means that they will face the Phoenix Suns in the Western Conference semifinals. Round 1 of the Eastern Conference ended and the Brooklyn Nets, the Milwaukee Bucks, the Atlanta Hawks and the Philadelphia 76ers have all made their way to the next round of the NBA Playoffs 2021. Here is more on the NBA scores, results and NBA highlights from the games on Thursday.

Denver edged past the Trail Blazers in Game 5 after a historic performance from Damian Lillard. Game 6 started off really well for Portland, but Denver kept scoring buckets courtesy of a  brilliant performance from Michael Porter Jr who scored 17 points in the opening 6 minutes. Portland looked really good on the night and once again Damian Lillard showed up with a brilliant 28-point performance. Denver took the game away from the Trail Blazers in the 4th quarter, where they contained Dame Lillard and that helped them get a 126-115 victory. Nikola Jokic went off for 36 points and 6 assists on the night helping the Nuggets advance into the next round.

Defending champions Lakers have been knocked out of the first round by the Phoenix Suns after a 113-100 loss in Game 5. Devin Booker once again stole the show as he went off for 47 points in the game. Lakers suffered an early blow as Anthony Davis left the game after he aggravated the injury to his left knee.KCP who was doubtful for the game showed up with 19 points and looked to be in good form, LeBron James added 29 points but was not as effective as he would have liked shooting only 3-10 from the 3-point range.

READ | What happened to Kostas Antetokounmpo? Why is Giannis' brother not playing for Lakers?

Kyle Kuzma was once again disappointing. The forward shot only 16.7% from the field adding to the misery of the Lakers. This loss means that for the first time in his career LeBron James faces an early Playoff exit. Phoenix will now face the Nuggets in the Conference Semifinals of the NBA Playoffs 2021, which is scheduled to be played on Monday, June 7 at 10:00 PM [Tuesday, June 8 at 7:30 AM].

NBA Scores for the games on Thursday