Lauri Markkanen has not been able to live up to the buzz around him after his fantastic rookie season. Will the NBA trade rumors about his move to Dallas help? 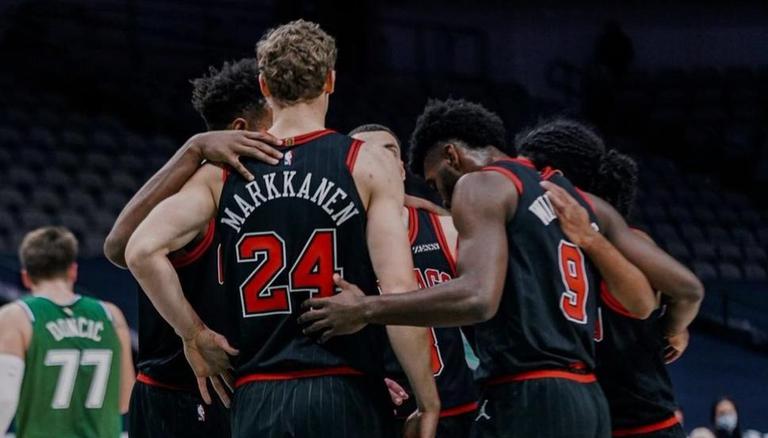 
Lauri Markkanen was the 7th overall pick in the 2017 Draft. He had a highly productive rookie season and went on to play 68 games for the Chicago Bulls averaging 15.2 points per game, which helped him get to the NBA All-Rookie First team. He was labelled as the next big thing for the Bulls but his performances in the past few seasons have failed to live up to the hype. According to various NBA trade rumors, the Lauri Markkanen trade is very much on the cards, which has also given more fuel to the Dallas Mavericks trade rumors as well.

Dallas Mavericks trade rumors: Where will Markkanen play for the Mavericks?

The Lauri Markkanen Mavericks move could be ideal for him as it could revive his career. With the Lauri Markkanen trade, the Chicago Bulls will look like a completely different team but this trade could be a good option for them to recruit someone who could be a more consistent player. The Dallas Mavericks have two of the leagues most sensational young talents in Luka Doncic and Kristaps Porzingas. So, the addition of Lauri Markkanen could definitely add more weight to the Mavericks team and this means that they could shift Porzingas to the centre position, where he has proven to be really good and Markkanen could occupy the Power Forward position.

If Lauri Markkanen decides to walk in free agency, then the Bulls should definitely explore opportuntiies to pull off a sign-and-trade. Not only could they salvage some value for him, but they could create a massive trade exception that could be useful during the 2021-22 season.

The NBA trade rumors regarding Markkannen have been circulating for quite some time and with him being a restricted free agent, this could mean that the Chicago Bulls could also match their rights for him. If the Dallas Mavericks want to make this trade happen, they may have to give up someone from their team as a part of a swap deal for him. Markkanen has expressed his desire of going to a team where he is considered a starting option and Dallas could be the place for him this offseason.

READ | NBA Playoffs: Did Clippers intentionally lose to avoid Lakers in the postseason?

The young Mavericks team have proven to be very good, having managed to reach the playoffs for two consecutive seasons. And if the Lauri Markkanen and Mavericks manage to come together this offseason, Dallas definitely could make a deep playoff run with this team. Lauri had the best 3-point shooting year in his career and the Mavericks need someone other than Luka to do that. This trade could possibly boost the Dallas Mavericks team and also help Lauri Markkanen revive his career