How to watch Nets vs Milwaukee Bucks live? Here is the Brooklyn Nets vs Bucks prediction, live streaming details, preview and injury details. 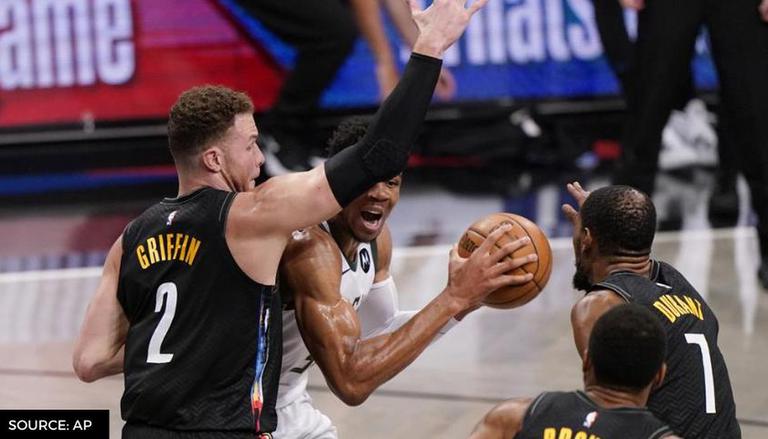 Two games of the semifinals already concluded, and the Milwaukee Bucks are yet to perform as per their own expectations. The team is on a 0-2 disadvantage, even without James Harden on the court. As they host the Brooklyn Nets, the team will hope to at least bag one win at home. The Nets secured Game 1 with a 115-107 score, while Game 2 was a 125-86 blowout win.

However, the Bucks have made an impressive comeback earlier in the season. They had lost two in a row in April, only two beat the Philadelphia 76ers in the two-game series. While Harden's hamstring injury has kept him sidelined, the Bucks might use it to their advantage at home. The Nets had Bruce Brown star instead of Harden.

"A lot of teams in the pick-and-roll sell out to double-team us and we drop it off to Bruce," Durant said. "He makes the right play".

"We've all seen it 1,000 times," said Bucks head coach Mike Budenholzer. "We've got to protect our home court like they've protected theirs. If you've been in the league a long time, you've seen this before".

US fans can stream the game via YouTube TV, Sling TV, fuboTV or an AT&T TV NOW subscription, which offer NBA TV in their plan. Local broadcasts are also available in the USA. The live broadcast in India will not be available on Sony Six & Sony Six HD channels this season, neither would the live streaming be on FanCode. Fans in India will have to buy the NBA League Pass (NBA App or site) to watch live games.

READ | Why is Nikola Jokic called The Joker? New NBA MVP is quite the entertainer

How to watch NBA live telecast

Excluding the NBA playoffs 2021, the two teams have met thrice this season. The Nets won the first game in January, while the Bucks won the remaining two in May. They have also met thrice before during the postseason, the Bucks winning the first two series (1984, 1986) and the Nets winning the 2003 Playoffs Eastern Conference First Round.