New York Knicks Vs LA Lakers Live Stream: How To Watch NBA Game In India, US, And UK?

The New York Knicks welcome the  LA Lakers to the Madison Square Garden in New York. Here is the Knicks vs Lakers live stream details for India, US & UK 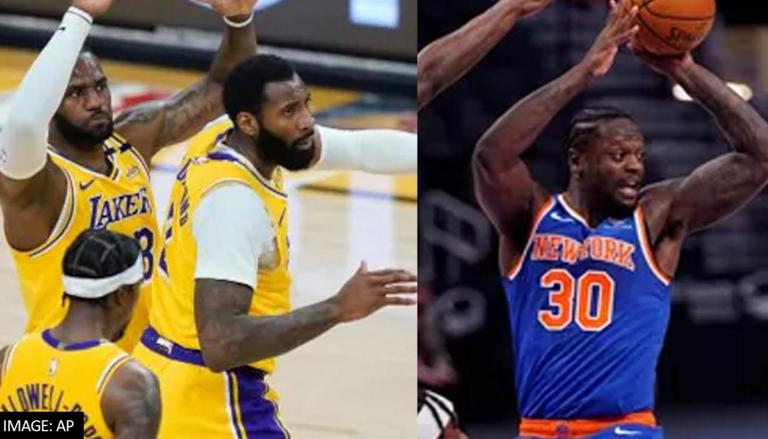 The New York Knicks are currently placed ninth in the Eastern Conference table having won nine and lost eight of their 17 games. They come into this clash on the back of a close 109-103 defeat against the Chicago Bulls. Meanwhile their opponents, the LA Lakers are placed ninth in the Western Conference table having won nine and lost nine of their 18. The Lakers come into this tie behind a 121-116 win over Detroit Pistons.

In terms of team news, LeBron James will be missing in action for the Lakers after being handed a one-match suspension for a flagrant foul on Piston power forward Isaiah Stewart.

NBA fans in India wanting to watch New York Knicks vs LA Lakers Live can log onto the official NBA website or mobile app by purchasing the NBA League Pass. The Annual League pass is available at ₹1499.00 and gives subscribers access to all the matches while there is an 8 game choice select pass that allows fans to watch as many as eight live games every month.