PHX VS SAC DREAM11: Phoenix Suns will be squaring off against Sacramento Kings in the 2019-20 regular NBA season at Talking Stick Resort Arena on Tuesday night.

Phoenix Suns will be squaring off against Sacramento Kings in the 2019-20 regular NBA season. Both the teams will face each other at the Talking Stick Resort Arena in Phoenix on Tuesday night (Wednesday morning 7: 30 IST). You can play the PHX vs SAC game on the fantasy gaming app – Dream11. Here are the PHX vs SAC Dream11 prediction, squad details, player performances and injury updates.

Phoenix Suns occupy the 12th position in the Western Conference Division. They have played a total of 36 games. Out of which, they have won 14 games and lost 22 games. Their previous game was against Memphis Grizzlies. They lost the game by a 114-121 margin. Victory over Memphis will give Suns the chance to move up in the league standings.

Sacramento Kings are placed 13th in the Western Conference Division. Kings have played a total of 34 matches. Out of which, they have won 14 and lost 23 matches. In their previous game, they registered a 111-98 victory against Golden State Warriors. 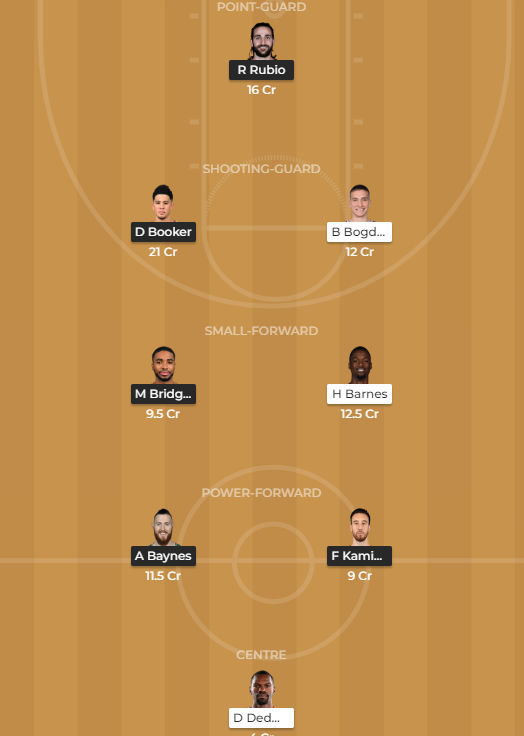 The match will be a tough contest between both the sides

Note – The PHX vs SAC Dream11 team prediction is our own and does not guarantee positive results in your game.