Here is a look at the POL vs ANG Dream11 team, prediction and top picks as both these teams meet in Group B of the Fiba Olympic Qualifying games in Lithuania. 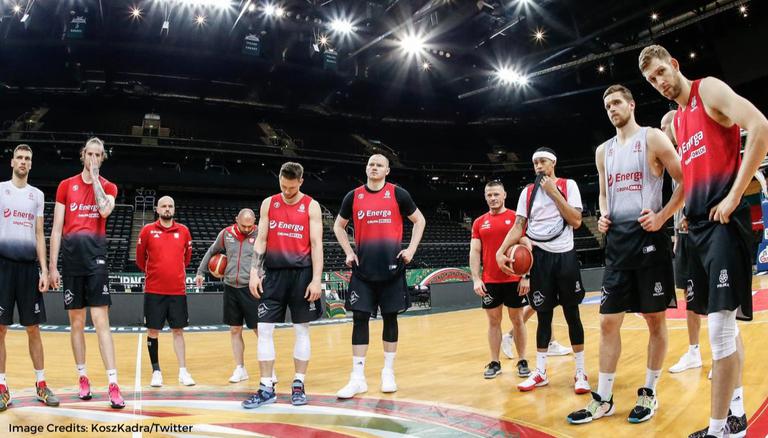 
Poland [POL] will take on Angola [ANG] in the Group B fixture of the FIBA Olympic Basketball qualification. This game will be played at the Zalgirio Arena, Kaunas, Lithuania and is scheduled for Tuesday, June 28 at 4:30 PM local time [Tuesday, June 28 at 7:00 PM IST.] Poland and Angola are in the same group with Slovenia and the winner of this group will face the winner of Group A. The winner of that match will then secure Olympic qualification. Here is a look at the POL vs ANG Dream11 prediction, top picks and POL vs ANG Dream11 team.

Poland have won 3 out of the 5 games coming into the tournament. The Polish team has an experienced side and will be hoping to make it out of the group. AJ Slaughter is going to be a key player for Poland in this tournament.

The former G-League player has played in leagues across the world and has all the experience to lead his team to the next round. Poland has not qualified for the Olympics for over 25 years and they will be hoping to change that this time. Players like Aaron Cel, Michal Sokolowski are all experienced campaigners and will be key to Poland's chances of making it to Tokyo.

Angola have had a dismal record coming into the game as they have won just 1 out of their previous 5 and will be looking for a positive result against Poland. Angola have a young side and they will be hoping that the first-timers step up and help the team to a possible victory. Yannick Moreira is going to have to step up on the night if Angola wants to have any chance against the experienced Polish side. The former NBA D-League player has played in the national team since 2010 and has since then been a key player in Angola Basketball.

Poland have a strong and experienced team as players like AJ Slaughter and Mateusz Ponitka can all prove to be a big difference in the game against Angola. Considering all that, we predict a win for the Polish side.