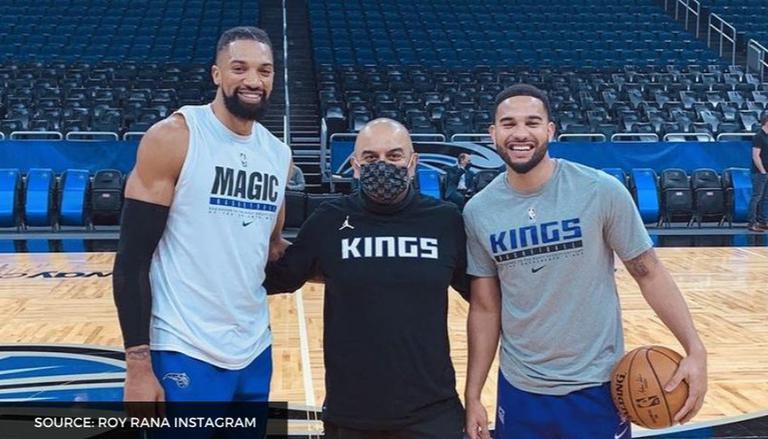 The Sacramento Kings, with their 22-26 (win-loss) record, might have a chance to make it to the NBA playoffs after their 14-year drought. While their five-game winning-streak was recently snapped by the San Antonio Spurs, new additions during the NBA trade deadline have certainly boosted the team's depth, giving them more consistency as the 2020-21 season progresses. During a Zoom call session with Indian reporters last Saturday, Kings assistant coach Roy Rana discussed their trade decisions and roster.

"We are pleased to see how we have re-shaped our team and it’s always sad to see any of the players go because we share great relationships with them, but we feel strongly that we will bring in some more new talent and hopefully we will see consistency in their game," Rana explained, the Kings having beaten the Golden State Warriors 141-119.

Rana also addressed their playoff drought, considering streaks like those as "distractions". He added that the team cannot control the length of the streak, but can definitely look to control their next game.

READ | NBA trade deadline: All deals which went through on deadline day

Rana further delved into their trade decisions, and how small tweaks made to the roster will ultimately benefit the team. De'Aaron Fox is leading the Kings currently (24.8 PPG), Buddy Hield and Harrison Barnes providing the necessary support. The trade deadline saw additions like Delon Wright, Chris Silva and Maurice Harkless to the team, hopefully looking at a stronger bench.

Rana acknowledged Wright being the biggest name added to the group, but mentioned the stage he is at currently. "It’s been six or seven years for him in the league now and he's established himself. He's been around a few teams and is a very talented young guard. He’s got great size".

However, Rana spoke about Harkless, who has had a "great" career till now, who has dealt with a "little bit of a tough call in the last year". Harkless, as per Rana, is a solid player in the NBA for years now, and the team is excited to add him to their frontcourt.

That being said, young athletes like Terrence Davis and Chris Silva might also be what the team need. "Terence Davis, who was a part of the second NBA All-Rookie team last year is a young player who is off to a promising start, we're excited to see what he has and what he can grow into," Rana said.

The coach was all praises for Silva, who possesses an intensity and willingness to pay hard.

Overall, the Kings remain excited about all their new additions, who will only help them get deeper. As the season slowly edges closer to the playoffs, head coach Luke Walton will only have "more options to choose from on the bench which is important".

The Kings currently occupy the 11th spot in the Western Conference, a few games away from the playoff spot.

Rana also discussed Tyrese Haliburton, definitely in the conversation for the Rookie of the Year honour alongside talents like LaMelo Ball and Anthony Edwards.

The Sacramento Kings will be facing the Los Angeles Lakers next. The game is scheduled for Friday, 9:00 PM EST (Saturday, 7:30 AM IST).