UTA vs MIA Dream11: Utah Jazz and Miami Heat are all set to face off in an NBA 2019-20 regular-season game. Both the teams will play at Vivint Smart Home Arena.

Utah Jazz and Miami Heat are all set to face off in an NBA 2019-20 regular-season game. Both the teams will square off at Vivint Smart Home Arena on Wednesday night (Thursday morning, February 13 at 7:30 AM IST). You can play the UTA vs MIA game on the fantasy gaming app – Dream11. Here are the UTA vs MIA Dream11 predictions and squad details

The Utah Jazz side currently occupies the 4th spot in the Western Conference standings. They have played 53 games so far in the league. Out of which, they have won 35 games and lost 18 games. Their previous game was against the Dallas Mavericks, which they won with a scoreline of 123-119. Victory over Miami Heat will help Utah Jazz to firmly tighten their grip on the current position and move ahead in the standings.

Meanwhile, Miami Heat occupies the 4th position in the Eastern Conference standings. They have played 53 games so far in the series. Out of which, they have won 35 games and lost 18 games. They played their last game against the Golden State Warriors which they won by a 113-101 margin. After winning their previous game, Heat will be looking to beat Jazz and move up the table. 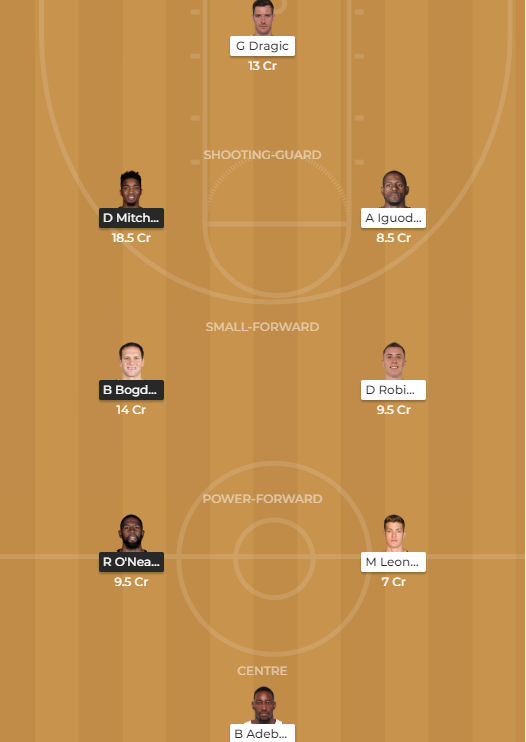 Donovan Mitchell can be your Star Player for this game.

While this is a close call, Utah Jazz start as favourites to win the game.

Note - The UTA vs MIA Dream11 prediction is our own and does not guarantee positive results in the game.

LATEST NEWS
View all
34 mins ago
Bucks' Antetokounmpo to miss game after having oral surgery
1 day ago
Booker's 35 points lead surprising Suns past Heat 119-112
20 hours ago
Hayward scores 31 as Celtics edge Magic 122-119 in OT
20 hours ago
Draymond Green fined $50,000 after comments on Devin Booker needing to leave the Suns
1 hour ago
Raptors beat Bucks 114-106; key players for both teams sit