WAS Vs DET Dream11 NBA Prediction, Top Picks, Schedule And All Game Details

WAS vs DET Dream11: Washington Wizards will go head to head against Detroit Pistons in a 2019-20 NBA game. The match will be played at the Capital One Arena.

Washington Wizards will go head to head against Detroit Pistons in their 2019-20 NBA game. The match will be played at the Capital One Arena in Washington on Monday night. The match will be is scheduled to start by 12:30 AM (IST) on Tuesday, January 21. You can play the WAS vs DET match on the fantasy gaming app – Dream11. Here are the WAS vs DETDream11 predictions and squad details.

WAS vs DET Dream11 preview

Washington Wizards are currently lying on the 12th position in the Eastern Conference standings. They have played a total of 41 matches, out of which they have won 13 matches and lost 28 matches. Their previous game was against defending champions Toronto Raptors, where they were comprehensively beaten 111-140. Winning against the Pistons will be crucial for Wizards if they want to move up in the rankings.

Detroit Pistons are placed at the 9th position in the Eastern Conference standings. They have played 43 matches out of which they have won 16 matches and lost 27 of them. Their last game was against the Atlanta Hawks where they blew out their opponents 136-130. Their next match against Wizards will be crucial for them to move up the table for keeping their playoff chances alive. Both these teams have played earlier in the season where Pistons blew out Wizards 132-102 and will look to make it two in a row.

WAS vs DET Dream11 squads

WAS vs DET Dream11 team 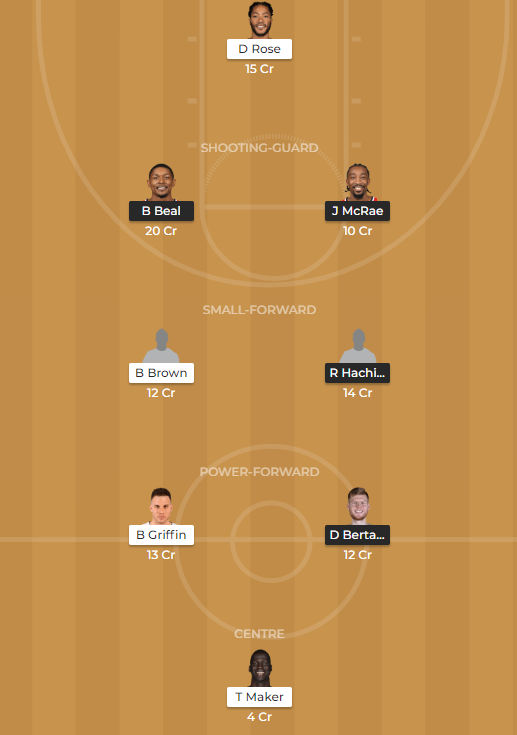 WAS vs DET Dream11 prediction

Detroit Pistons are favourites to win the game.

Note: These predictions are made from our own analysis and do not guarantee you positive results.