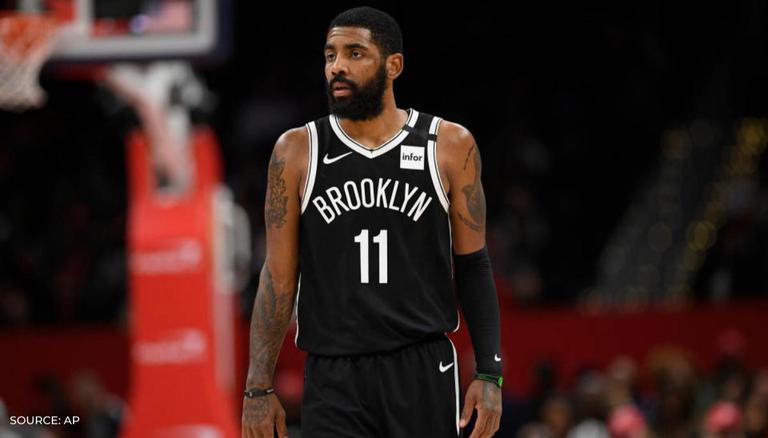 On Sunday, Brooklyn Nets superstar Kyrie Irving placed himself in an elite group of NBA players. The 29-year-old has long been one of the NBA’s most electric scorers and he’s now logged a season among their most efficient. Following his 17 points, six rebounds and two assists in Brooklyn's 123-109 win against the Cavaliers on the final day of the regular season, Irving become only the 9th NBA player to achieve the rare '50-40-90' shooting standard. However, some fans have asked - 'What is 50-40-90 club?' and more on the Kyrie Irving 50 40 90 record -

The 50–40–90 club is a statistic used to rate players as excellent shooters in the NBA. It requires a player to achieve the criteria of 50% field goal percentage, 40% three-point field goal percentage and 90% free throw percentage over the course of a regular season, while meeting the minimum thresholds to qualify as a league leader in each category. The seven other players in the category include Larry Bird (2x), Mark Price, Reggie Miller, Steve Nash (4x), Dirk Nowitzki, Stephen Curry and Malcolm Brogdon.

KAI has become the ninth player in NBA history to average at least 50% FG, 40% 3P and 90% FT over a whole season 👏👏👏 pic.twitter.com/aXYymRTvtQ

During the course of the regular season, Irving has averaged a phenomenal 26.9 points, 6.0 assists and 4.8 rebounds per game for the Nets. However, he also missed a total of 18 games for Steve Nash's side this season. This is Irving’s second season with Brooklyn, and first playing alongside Durant and James Harden, who was acquired in a January trade with the Rockets. The Nets finished the regular season as the East’s No. 2 ranked team and will take on the winner of the Eastern Conference’s 7-8 matchup in this week’s State Farm NBA Play-In Tournament.

READ | 10 things to know, with the NBA regular season in the books
READ | As regular season ends, NBA's play-in games take shape
First Published: 17th May, 2021 14:39 IST
SUBSCRIBE TO US