Who Is JR Smith? Retired NBA Icon To Make College Golf Debut At 36-years Of Age

Former American basketball player JR Smith is all set to make his college golf debut at the age of 36-years-old the Elon’s Phoenix Invitational event. 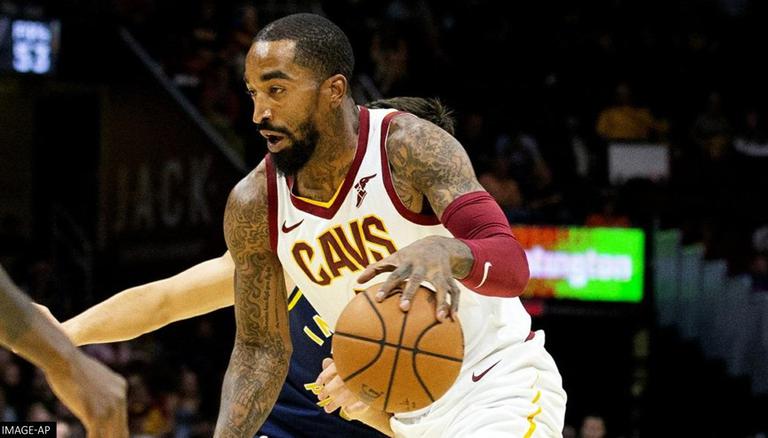 
Former National Basketball Academy (NBA) star, JR Smith is all set to make his college golf debut at the age of 36. At the Elon’s Phoenix Invitational at the Alamance Country Club. The tournament will see its opening day on October 11, where Smith has been rewarded a tee time after qualifying by just one stroke in practice. Smith played 16 seasons with some of the high-profile teams like the Cleveland Cavaliers, Los Angeles Lakers, and many others.

Smith joined the North Carolina A&T’s golf team in 2021, following his retirement from NBA. He enrolled in school and was later given the green signal by the NCAA to play on the golf team in August. As reported by GolfMagic, while speaking to reporters at the Wyndham Championship earlier during the season, Smith said, “Golf is one of those games that has you feeling really high and or can bring you down to your knees and humble you. And to have that feeling and knowing that all of the game’s pretty much on my own hands, and I don’t have to worry about teammates to pass the ball and receiving passes and playing defense — I can play my game and just have fun."

READ | NBA star Andrew Wiggins 'forced' to get vaccine; worried about side effects after 10 years

Smith also put out a tweet in August, saying that he always hated school as a kid, however, was ready for the challenge this time. The North Carolina A&T earlier announced that the 36-year-old player will play his first collegiate tournament on Monday and Tuesday at the Phoenix Invitational. The tournament will take place at the Alamance Country Club, which has a par 71 layout measuring 6,867 yards.

READ | NBA Preseason Schedule: Biggest matches to look forward to with Lebron and Curry in action

I hated school growing up and I knew this would be a challenge, but that's not going to discourage me one second. You have to be able to buckle down and lock into new journys and challenges coming in your life. Observe, learn and adapt.

Jr Smith made his NBA debut in 2004 with the New Orleans Hornets, straight after his high school. He was the 18th pick in the drafts in his debut year and went on to play for teams like Denver Nuggets, Zhejiang Golden Bulls, and the New York Knicks before joining Cleveland Cavaliers in 2015. He went on to pick his first NBA title by winning the 2016 NBA Championships with Cleveland Cavaliers. He moved from Cleveland to Los Angeles Lakers in 2020 and picked his second NBA Championships in 2020 with the Lakers.

READ | Golden State Warriors vs LA Lakers: How to watch NBA Preseason in India and US?

WE RECOMMEND
LeBron James mad at JR Smith? NBA fans relive famous LeBron-JR Smith meme
JR Smith shockingly drops $150K worth Lakers ring while playing with his daughter: WATCH
JR Smith drops major hint about Lakers jersey number, fires back at critics on Twitter
JR Smith 'forgot' clutch shot during Game 1 of NBA Finals on June 1, 2018; watch video
JR Smith gets into trouble with NBA for 'exposing too much' about life in NBA bubble
Listen to the latest songs, only on JioSaavn.com