Why Did LaMarcus Aldridge Retire? Former NBA Star Opens Up On Mental Health And Condition

Why did LaMarcus Aldridge retire? The seven-time NBA All-Star stunned the NBA community when he drew curtains on his basketball career in April. 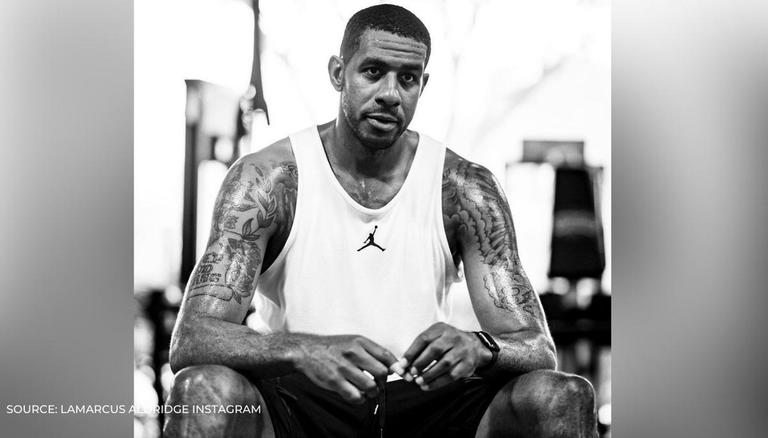 Seven-time NBA All-Star LaMarcus Aldridge shocked the NBA community when he announced his retirement in April this year. The 15-year NBA veteran retired from the league just a few weeks after signing with the Brooklyn Nets. The move was sudden and unexpected as with powerhouse players like Kyrie Irving, Kevin Durant, and James Harden, the Nets are favourites to win the NBA title this season.

However, Aldridge has claimed that it wasn't a decision he reached lightly as he played his entire career with Wolff-Parkinson-White syndrome, a heart condition that can cause a rapid or irregular heartbeat. In a recent interview with The Athletic, Aldridge revealed that one tough game followed by a very scary night changed his entire perspective on continuing to play.

"I’m still trying to find myself. "When you go from doing something you love for so long and you lose it overnight, it’s a shock."

LaMarcus Aldridge opens up about experiences with depression after retirement 🙏

While speaking to Shams Charania of The Athletic, the 35-year-old Aldridge said that he had a health scare after facing the Lakers in the regular season, "I had irregular rhythm the whole game, and I hadn’t experienced that before. Normally when I get on the court, my case study is that I would go into a regular rhythm as I got my heart rate up. It had never been out of rhythm in a game and then it was out of rhythm for the Lakers game and I was just off and couldn’t get any energy. I just couldn’t get myself going. I couldn’t figure out what was going on."

READ | Fans Gone Wild: Spectator tries to get on floor at NBA game

Once he returned to his hotel following the game, Aldridge's heart rhythm continued to be out of sync. He became worried as the hours passed by and it didn't return to normal. He recalled the incident and explained, "At like two, three in the morning, it got really, really crazy. My heart was beating really crazy, and that's when it got really bad for me."

"From two to five in the morning, I was just trying to evoke some breathing and then around 5:30 AM or so, I texted the team doctor and I went to the hospital. It was probably the scariest night ever," added Aldridge. Aldridge recovered, but it was enough to convince him not to push the limits of his condition any longer.

LaMarcus Aldridge opened up about navigating his depression and life after basketball. pic.twitter.com/vTIXPd1lpU

Since his retirement, Aldridge admitted he has struggled mentally and emotionally with what to do next. He said, "I've been depressed, and I'm trying to figure out how to navigate through not competing on the floor, learning not to be depressed. I still love basketball. I still feel like I have a lot to give. But even now, I'm still trying to find myself. When you go from doing something you love for so long and you lose it overnight, it's a shock."

READ | Fan tackled at Wizards game: How social media and NBA stars reacted to the incident

Aldridge began his career in the NBA with the Portland Trail Blazers in 2006 before moving to the San Antonio Spurs in 2015. He then joined the Nets in March but retired after just five games with the Eastern Conference outfit. Aldridge averaged 19.4 points, 8.2 rebounds and 2.0 assists per game in the NBA.