CWG 2022: Tejaswin Shankar and Saurav Ghosal secured a bronze medal each in high jump and squash events while the boxers also advanced to the medal rounds. 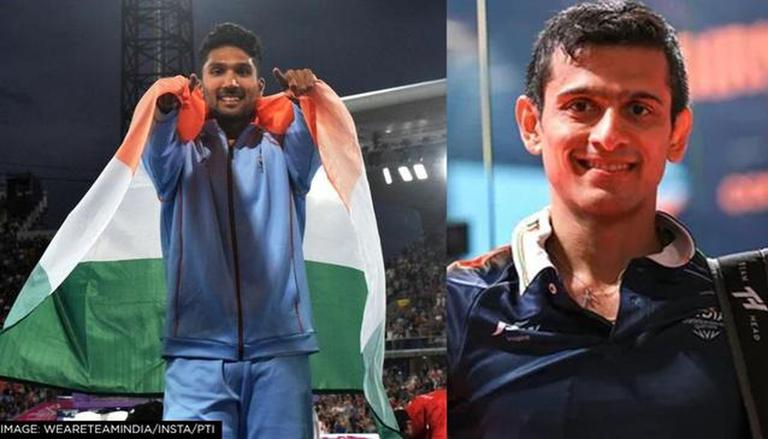 
Day 6 results of the Commonwealth Games witnessed India capturing two silver and two bronze medals while boxers also assured themselves of medals by entering the semi-finals of the boxing event at Birmingham Games on Thursday. The Indian women's cricket team entered the semi-final after crushing Barbados by 100 runs. The judo team and weightlifting team also contributed to the medal tally while Tejaswin Shankar and Saurav Ghosal secured a bronze medal each in high jump and squash events in a historic first for India. Here is a recap of the CWG 2022 Day 6 results.

Tejaswin Shankar secured a bronze medal in the high jump the first for India in the event with a 2.22m jump. Manpreet Kaur on the other hand finished 12th in the women’s shot put final .

Indian pugilist Nitu Ganghas progressed to the semifinals of the women's 48kg boxing category after being declared as winner by ABD when her Northern Ireland opponent Nicole Clyde threw in the towel in the final round. In the men’s 57 kg, quarter-finals match India's Hussam Uddin Mohammed registered a 4-1 win over Tryagain Morning Ndevelo to assure a medal in the competition.

India crushed Barbados by 100 runs to secure their entry into the semi-final of the Birmingham Commonwealth Games.

The Indian women's team edged out Canada 3-2 to win their women’s Pool A Match, while the Indian men's team crushed Canada 8-0 in their group stage match.

READ | Tulika Maan after CWG 2022 judo silver: 'Not happy, but nothing can be done now'

India already secured gold in the women's four event of the Birmingham Commonwealth Games and they continued their good run on Thursday as well with Mridul Borgohain winning both his matches in men's singles, while the women's pair got one win and tied one match. The men's four-team registered a win over the Cook Islands, while the Women's triple and Men's four groups lost their opening matches of the Commonwealth Games 2022.

In the Men’s Singles Class 3 – 5 Group 2 event, India's Raj Aravindan Alagar won teh first match 3-2 against George Wyndham of Sierra before losing the next match 1-3 to Isau Ogunkunle of Nigeria.