Neeraj Chopra is set to miss the Commonwealth Games 2022 Birmingham, due to an injury that he suffered at the World Athletics Championships 2022. 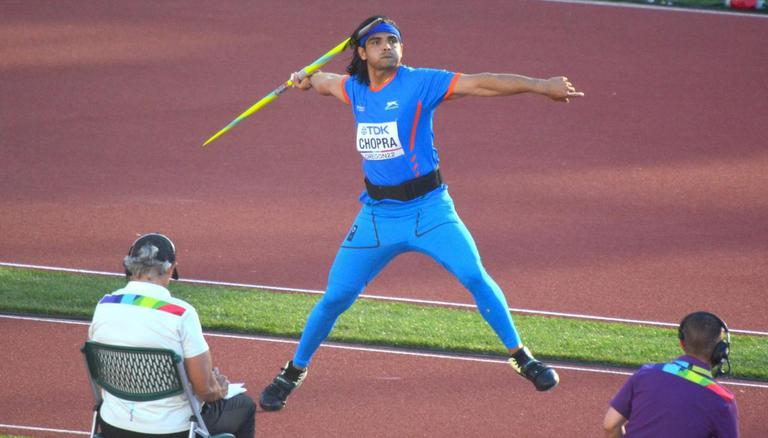 Chopra earned a silver medal in the men’s javelin throw final at the World Athletics Championship 2022 in Eugene with a throw of 88.13m in his fourth attempt. This was his maiden World Championships medal, which was expected to push him to go for the gold at the upcoming Birmingham Commonwealth Games 2022.

Neeraj Chopra set to miss CWG 2022 due to injury

However, the official account of Team India confirmed that Chopra is set to miss CWG 2022 in Birmingham due to an injury he suffered at the World Championships. Taking to Twitter, The account also wished a speedy recovery to the Olympic champion in 'these challenging times'.

READ | 'We are proud of you': Kejriwal on Neeraj Chopra's silver medal win at World Championships

Our Olympic Champ @Neeraj_chopra1 will not be defending his title at @birminghamcg22 due to concerns regarding his fitness. We wish him a speedy recovery & are supporting him in these challenging times.#EkIndiaTeamIndia #WeareTeamIndia pic.twitter.com/pPg7SYlrSm

It is pertinent to mention that Chopra started off the men’s javelin throw final at the World Championships with a foul, before registering throws of 82.39m and 86.37m in his next two attempts. He found his rhythm back in the fourth attempt with a 88.13m throw and went on to finish second. Videos emerging from the venue displayed Chopra strapping his thigh before his fourth attempt as he also confirmed feeling something on his thigh, which affected his throw. Neeraj had even talked about feeling discomfort in his thigh during the javelin throw event at the World Champioinships.

'I felt something on my thigh,' says Neeraj Chopra

As reported by PTI, Chopra said, “I thought even the fourth throw could have gone farther. After that, I felt something on my thigh and could not do my best in next two. I had strapping (on thigh). I will know the status tomorrow morning because my body is still warm after the event. I hope there should not be any issue for the upcoming events, Commonwealth Games."