Wrestling events came to a halt on Day 8 of the ongoing Birmingham 2022 Commonwealth Games due to security checks for possible threats at the venue. 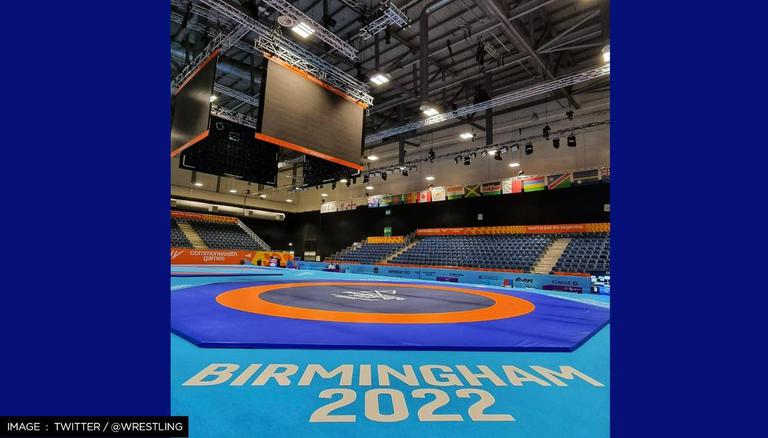 
A possible security scare at the Birmingham 2022 Commonwealth Games on Friday, resulted in the venue for wrestling events being vacated as fans were asked to step out of the stadium. The United World Wrestling took to their official Twitter handle on Day 8 of the quadrennial showpiece event and said, “We're taking a short pause for a safety check and will resume action once we receive the go-ahead. #WrestleBirmingham”. The wrestling governing body followed up with a couple of tweets and apologised to the fans for the delay.

We're taking a short pause for a safety check and will resume action once we receive the go-ahead. #WrestleBirmingham

More details about the security threat at Birmingham 2022 Commonwealth Games

As reported by PTI, the wrestling bouts were stopped in an embarrassing incident for the organisers. The spectators were reportedly asked to step out of the Ceventary Stadium when a speaker fell from the ceiling. Only five bouts were completed on Day 8 when the speaker used to relay the announcement, landed near one of the mat chairmen and raised a safety scare in the arena.

The report further stated that all the fans were asked to vacate as the organisers ordered a thorough check before wrestling action could resume. A coach revealed details about the incident and said, “All are safe, they are just rechecking the whole system to avoid any untoward incident”. The bouts were then scheduled to resume at 5:15 PM IST.

Indian wrestlers in action on Day 8 of CWG 2022

READ | CWG 2022: Bajrang Punia moves to quarterfinals with dominating 'by fall' win over Bingham
READ | CWG 2022: Indian para athlete Bhavina Patel storms into TT final, assured of a medal
READ | Kerala CM congratulates Sreeshankar on winning historic medal at CWG; 'He has made Kerala and India proud'
SUBSCRIBE TO US