Warner has been one of the most prolific batters in the history of the cash-rich league and remains the highest run-scorer amongst the overseas players in IPL. 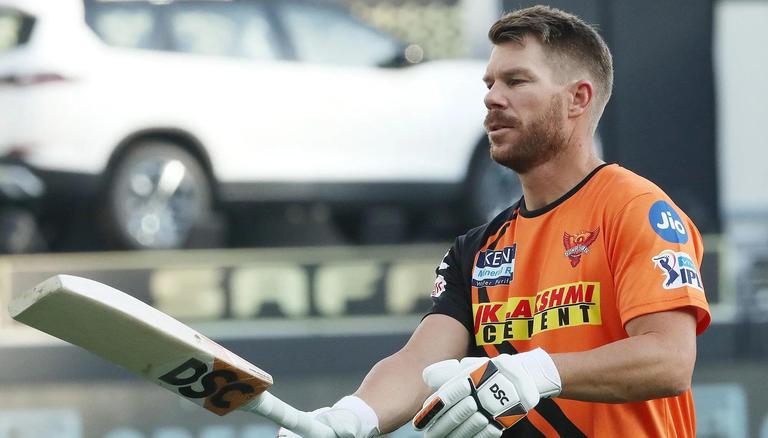 
Australian batsman David Warner may potentially have played his last IPL game for Sunrisers Hyderabad last week when he appeared against Punjab Kings in the 37th match of the ongoing second leg in the UAE. Warner had scored just two runs before he was dismissed by ace Indian pacer Mohammed Shami. Warner was dropped from the playing XI for SRH's next game against Rajasthan Royals, where his replacement, Jason Roy, performed exceptionally well, scoring a half-century on his debut for the franchise.

Warner has had a dismal season this year, having already lost his captaincy job to Kane Williamson. Warner was replaced as captain of SRH during the first phase of IPL 2021 after his side registered six losses in seven games. Warner's individual performance was not so outstanding either, as his batting average dipped to his lowest since he made his IPL debut in 2009. This is despite Warner scoring two half-centuries in his first seven games for SRH in IPL 2021.

However, one can easily identify looking at Warner's stats that the Australian powerhouse has not had too many bad IPL seasons in his career. Warner has been one of the most prolific batters in the history of the cash-rich league and remains the highest run-scorer amongst the overseas players in IPL. Warner has scored 5,449 in his IPL career to date, including 4 centuries and a whopping 50 half-centuries at an average of 41.59 and a strike rate of 139.96. For SRH, Warner has scored at an even better average than he did for his previous IPL team Delhi Daredevils, now known as Delhi Capitals.

Warner has scored nearly 4,000 runs for SRH at an average of 53. Warner led SRH to its maiden IPL title in 2016, where he finished the season as the second-highest run-scorer after Royal Challengers Bangalore skipper Virat Kohli. Ever since Warner took charge of SRH's captaincy, the team has managed to qualify for the playoffs in each edition of the IPL. Warner has won the Orange Cap on three occasions since joining the Hyderabad franchise in 2014. In IPL 2020, SRH finished at number three in the final standings as the side lost to Delhi Capitals in the semi-final game.

If Warner is released by Sunrisers Hyderabad ahead of the next year's mega auction, several franchises would be looking to acquire his services, including the two new teams slated to be introduced in 2022. Warner on Monday confirmed to a fan on social media that he would not play any further in the ongoing edition of IPL.

WE RECOMMEND
IPL 2021 KKR vs DC Live Streaming: How to watch IPL 2021 LIVE in India, UK and US?
'MS Dhoni will retire from cricket after IPL 2021': Former Australia spinner Brad Hogg
IPL 2021: Shane Warne gives his prediction for 2021 winner; here's who he picked
IPL 2021: Betting racket busted in Indore, five bookies sent to police custody
SRH vs RR: David Warner provides update on his Sunrisers Hyderabad future after IPL 2021
Listen to the latest songs, only on JioSaavn.com