5 Instances When Virat Kohli Broke The Internet: How Many Do You Remember?

Be it Kohli's attitude on the cricket field or his behaviour outside of it, the charismatic captain has made it difficult for him to go unnoticed. 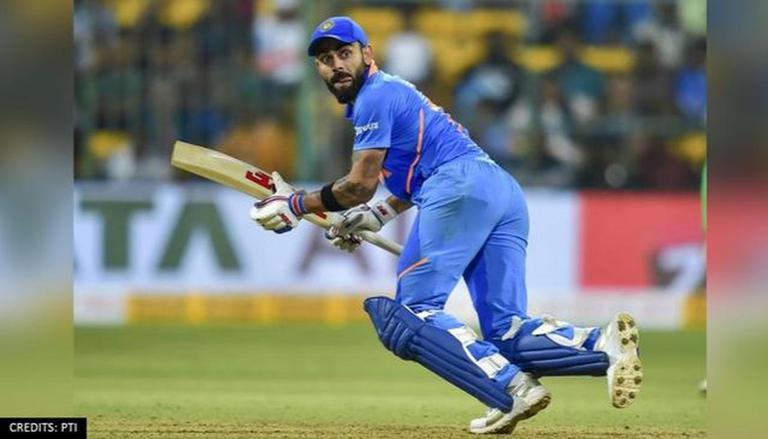 
The fiery Indian cricket team skipper Virat Kohli has had an unmatched illustrious career which he has moulded with instances that have often made his fans go berserk. Be it his attitude on the cricket field or his behaviour outside of it, the charismatic captain has made it difficult for him to go unnoticed. From scoring four IPL centuries in a single season to becoming a Forbes entrant, here are five of the many instances when the Delhi-born lad broke the internet.

On August 16, Virat Kohli etched his name in the list of only three Indian captains who have won a test match against England at the sacred Lord's stadium. Kohli followed the footsteps of World Cup-winning captains Kapil Dev and Mahendra Singh Dhoni who led their team to victory in 1986 and 2014, respectively. The victory was also significant as India thrashed the hosts by 151 runs in the second Test.

Terrific win by Team India in Lord's Test. Virat Kohli and the boys did again. What a match! This is the thrill of Test cricket and winning a test match at Lords Stadium is always a special one.#IndvsEng #Lords pic.twitter.com/z0lGsHPtNB

The 32-year-old dominated the IPL in 2016 and silenced his critics by hammering four big centuries in a single-season. Leading the Royal Challengers Bangalore team, Kohli made his maiden century against the Gujarat Lions by scoring 100 runs in just 63 deliveries. He then went on to dismantle the bowling line-up of Rising Pune Supergiants (108 runs in 58 deliveries), Gujarat Lions again (109 runs in 55 deliveries) and Kings XI Punjab (113 runs in 50 deliveries).

The Indian cricketing world got a bit restless after reports of fiasco between the skipper and former coach Anil Kumble surfaced. Kumble was made India's head coach in 2016 after Kohli was promoted as full-time captain following MS Dhoni's resignation. However, the Indian skipper made the headlines again after Kumble resigned as India's coach in 2017. The debacle entailed numerous revelations about Kohli's disagreement with the former's coaching style and the difference in opinions.

I will never understand how Anil Kumble & Virat Kohli fell out!

If there are 2 cricketers who are so similar in their tenacity, intensity, the never give up attitude, giving it back to the opposition (in their own way) it's them.

Kohli broke the internet when he tied the knot with his long-time girlfriend and Bollywood superstar Anushka Sharma in 2017. Although his wedding was extremely private, fans of both the celebrities went gaga after pictures of their wedding in Italy's Tuscany went viral.

A post shared by Stories by Joseph Radhik (@storiesbyjosephradhik)

Anushka Sharma again accompanied Virat Kohli in taking the internet by storm after the couple in August 2020 announced the imminent arrival of their first child. Nicknamed 'Virushka' by their fans, the couple's picture shared on social media garnered millions of eyes. The power couple has a combined following of over 200 million on social media.