Although the rules behind the retention of players are yet to be determined for the IPL 2022, CSK opener Ruturaj Gaikwad's batting numbers is making huge noise 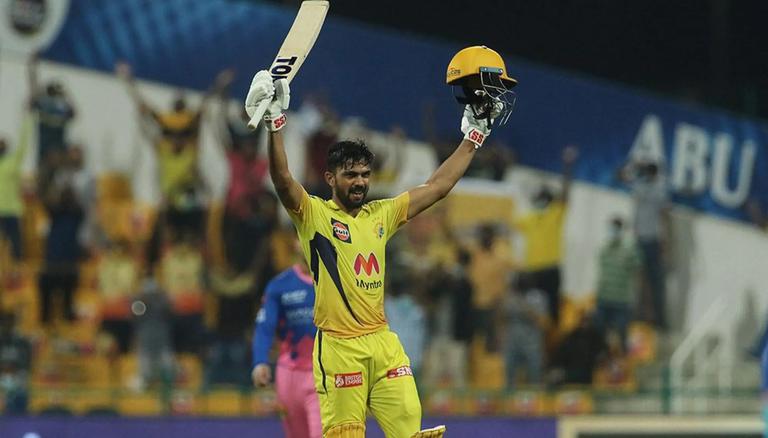 
The Chennai Super Kings on Sunday qualified in the final of the Indian Premier Lague (IPL) for the ninth time in the history of the tournament after it defeated the table topper Delhi Capitals by 4 wickets. After a horrific show during the 2020 edition, the MS Dhoni-led squad made a brilliant comeback in the IPL 2021. After the IPL 2021, the franchises will go into the mega-auction where two new teams will be included and the teams will have to bid on the players yet again. Although the rules behind the retention of players are yet to be determined for the IPL 2022, CSK opener Ruturaj Gaikwad has indeed impressed cricket experts with his batting prowess.

Ruturaj Gaikwad was adjudged Man of the Match for his 70 runs knock in the DC vs CSK qualifier on Sunday. Gaikwad has become one of the vital cogs of the CSK as the 24-year-old cricketer has been a consistent performer for the MS Dhoni-led squad ever since he has donned the yellow jersey. Gaikwad has played 21 matches for CSK in IPL in which he has amassed 807 runs with an average of 47.47 and a strike rate of 132.73. It is pertinent to mention here that during the IPL 2019 Player Auction, the Chennai Super Kings secured his services at his base price of Rs 20 lakh.

In IPL 2021, Gaikwad's dominance with the bat has increased. In the 15 matches, Gaikwad has amassed 603 runs with an average of 46.38 and a strike rate of 137.35. In fact, the CSK opener is second in the race to win the IPL 2021 Orange Cap. KL Rahul has scored 626 runs in 13 matches, while Gaikwad will be looking to go past the Punjab Kings skipper in the IPL 2021 final. Stats also suggest that Gaikwad has won 7 Man of the Match awards in just 21 innings in the IPL.

Following DC vs CSK match, MS Dhoni during the post-match presentation lauded Ruturajh Gaikwad and revealed what kind of conversation he generally has with the 24-year-old cricketer.

"Whenever we have a chat, it's always plain and simple. It's about what is going on and what he is thinking because it's very important to understand how well he has improved over the years. And also his game plan. He is somebody who is willing to bat 20 overs," said MS Dhoni.

"I had a conversation with him (Ruturaj) after one of the games. If you are an opener and having a good start, there is nothing that says you have to bat only 10 or 12 overs, why can't you bat 18, 19, or 20 overs. Right after that, he batted 20 overs, which means he is very eager to learn and he is somebody who plays authentic shots. He has done very well for himself, he is a good talent," added MS Dhoni.