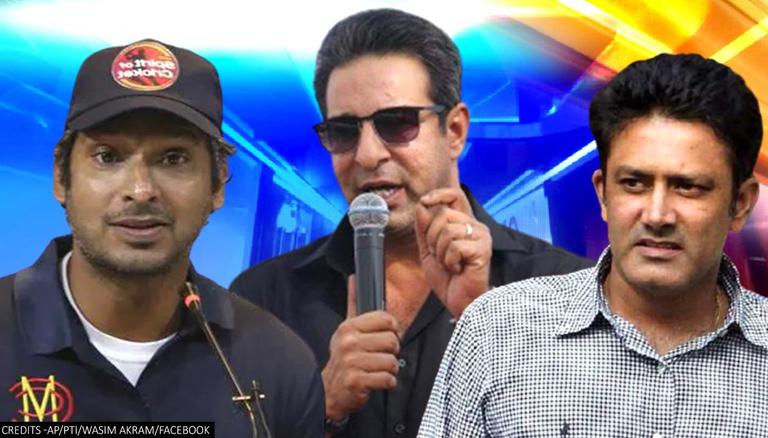 
Former Sri Lanka skipper Kumar Sangakkara heaped praises on Anil Kumble in a video shared by the International Cricket Council (ICC) on its social media platforms. In the video, Sangakkara and other former greats, including New Zealand's Stephen Fleming, Pakistani spinner Wasim Akram, and Sri Lankan player Mahela Jayawardene, could be seen lauding Kumble for his extraordinary career. The video starts with Sangakkara praising the former leg-spinner's ability to destroy any batting attack on his day, confessing that Kumble gave him a lot of sleepless nights during their playing days.

“If you were a batsman facing Anil Kumble, you knew that he had a plan for you."

"Kumble has given me a few sleepless nights as a batsman. He was not your orthodox leg-spinner. This big, tall gangly bowler running in and bowling with very high arm action. Bowling fast, bowling straight and accurately. It was not at all easy to get him away for runs. A lot of bounce… he had great pace on the ball and if there was any rough on a length, the batsman had very little chance of getting away. Lovely guy, very intense cricketer but an absolute champion for India and world cricket," Sangakkara said in the video.

"I remember he got 10 wickets against us, in India in Delhi in an innings. I was the 10th wicket, I still remember like it was yesterday. A very difficult bowler, unlike any other leg-spinner," Akram said.

Kumble is one of the most successful bowlers of all time. Kumble has played 132 Test matches and 271 ODIs in his 18-year-long career. The former India coach has 619 wickets in Test cricket and 337 in ODIs at an average of 29.65 and 30.89 respectively. Kumble also has one Test century and five half-centuries to his name with his top score being 110 not-out against England in 2007. Kumble is the third-highest wicket-taker in the history of the game, only behind Muttiah Muralitharan and Shane Warne.

READ | Anil Kumble Covid-19 donation: How much has PBKS coach contributed to fight?
First Published: 21st May, 2021 09:48 IST
SUBSCRIBE TO US