Aakash Chopra has revealed why AB de Villiers is loved so much in India just like the cricketing idols of the country including MS Dhoni, Virat Kohli & Rohit 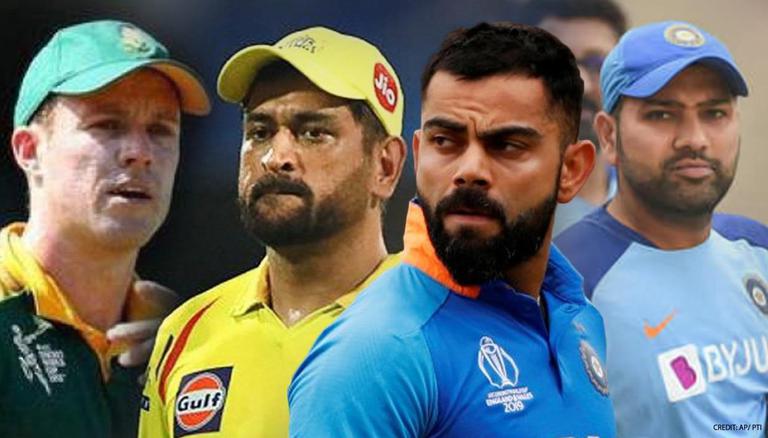 
Cricketer-turned-cricket expert Aakash Chopra has revealed that South African icon AB de Villiers has managed to create euphoria in the hearts of the Indian fans just like the cricketing megastars of the country including the likes of former skipper Mahendra Singh Dhoni, his successor Virat Kohli, and, Team India's current limited-overs vice-captain Rohit Sharma.

Recently, it was reportedly revealed by Cricket South Africa (CSA) that that the wicketkeeper-batsman will not be coming out of retirement and his decision of hanging his boots from international cricket remains final. Abraham Benjamin de Villiers had announced his shocking retirement back in May 2018.

'This was such a moment': Aakash Chopra

While interacting on his official Youtube channel, Chopra went on to say that if one sees Indian cricket’s immediate span, MS Dhoni, Virat Kohli, and, Rohit Sharma are the three players who cause a roar when they enter the ground.

Recalling one such incident, the former Team India Test opener mentioned that he had witnessed a similar standing ovation given to AB de Villiers before the match as if he was an Indian. Furthermore, the stylish cricket pundit added that 'Mr.360' has succeeded in generating such kind of love and affection as well as admiration.

Aakash Chopra also said there are a few moments that get etched in one's mind, which is treasured forever.

"This was such a moment which happened to me with regards to AB de Villiers during an India-South Africa match in Dharamsala,” the cricketer-turned-commentator/analyst added.

ABD had announced international retirement following a Test series against Australia. AB's retirement news had shocked cricket enthusiasts across the world. Many opined that he should have carried on playing for his country considering his stunning form. The former South Africa captain had even expressed his desire of representing the national team once again on multiple occasions.

READ | Cricket South Africa AB de Villiers retirement saga: How it all panned out over 6 years

In fact, the multi-talented cricketer had spoken about the same during the latest edition of IPL as well. He had revealed that he said that he was in touch with South African team coach Mark Boucher and his return to international cricket is being discussed.

The three-time ICC ODI Player of the Year has featured in 114 Test matches for South Africa in his illustrious cricketing career that spanned 15 years. He has accumulated 8765 runs in the game's longest format and has 22 centuries to his name. When it comes to white-ball cricket, de Villiers has scored 9577 runs in 228 ODIs with 25 centuries and 1672 runs in 78 T20Is.