The Afghanistan Cricket Board (ACB) CEO Hamid Shinwari had stated on August 16 that the Taliban 'love' and 'support' cricket and the sport will not suffer. 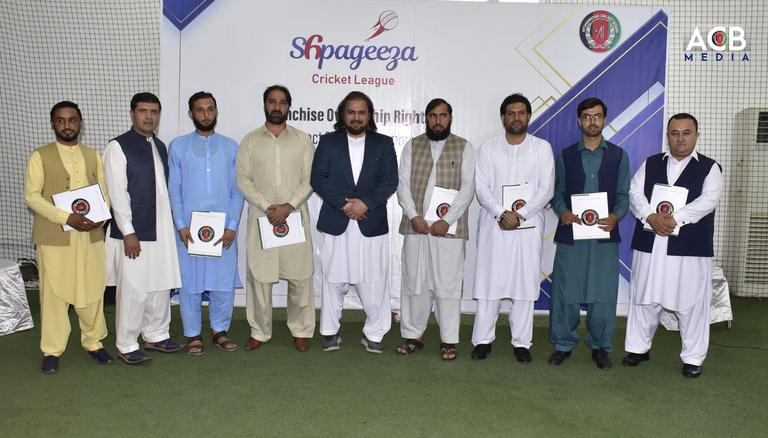 
With the Taliban taking over Afghanistan and all the unrest and turmoil in the country, the upcoming Shpageeza Cricket League, their domestic T20 tournament, was under a cloud. However, the Afghanistan Cricket Board (ACB) on August 19 posted about the league expanding from 6 teams to 8 teams and it seems as though it is expected to carry on as scheduled.

Hindukush Stars and Pamir Zalmiyan franchises inducted into the #Shpageeza Cricket League as, for the first time in its history, the League will have 8 teams instead of six. The ownership rights were sold today amid a ceremony held at ACB.

Things were clear after the Taliban overthrew the government to take control of the country but now it looks as though the tournament will carry on. On ACB's official website, the statement says that the league is scheduled to start on September 10 and end on September 25.

Part of the statement reads: "The eighth edition of Shpageeza Cricket League is scheduled to be commenced from September 10th at Kabul Cricket Stadium and will conclude on 25th of the same month."

They also mentioned that there will now be 8 teams instead of 6 with the addition of Hindukush Stars and Pamir Zalmi as new franchises.

Addressing the event was ACB CEO Hamid Shinwari, saying that the addition of two new franchises to the Shpageeza Cricket League is a step in the right direction and thanked the investors and franchise owners. He further added, “This time around, SCL will provide audiences and fans with a new experience. It will also be great financially for players.”

Shinwari had also spoken about the upcoming three-match series between Afghanistan and Pakistan, which is scheduled for September 3 in Sri Lanka saying that the team is currently preparing for the series and that it is confirmed to still be on.

"Cricket is doing very well. We are going to the office of Afghanistan Cricket Board (ACB). The cricket team is preparing for the Pakistan series in Sri Lanka. It is confirmed. We are committed to sending a team to Sri Lanka as soon as possible," said  Shinwari to espncricinfo.com.

"There is transition going on here in Afghanistan hence there is a vacuum in flight operations and availability is affected. But we will fly out as soon as we find a flight. We have our boys assembled in Kabul and they are preparing for the series," added Shinwari.

The ACB CEO stated on Monday that the Taliban 'love' and 'support' cricket and that the sport will not suffer in the nation as a result of the recent takeover. The Taliban reclaimed control of Afghanistan on Sunday with the capturing of Kabul, declaring victory after a months-long battle against government forces to fill the power vacuum left by the departure of US-led NATO troops. Shinwari, while speaking to Indian news agency PTI, said the Taliban had supported cricket since the beginning of the sport in Afghanistan and that they never 'interfered' in the board's activities.