After Shreyas Iyer's Dropped Catch, I Had To Make Them Pay: Rassie Van Der Dussen Reflects On IND Vs SA 1st T20I

IND vs SA: Rassie Van der Dussen scored 75 off 46 balls as South Africa chased down a target of 212 in a canter in the first T20I against India. 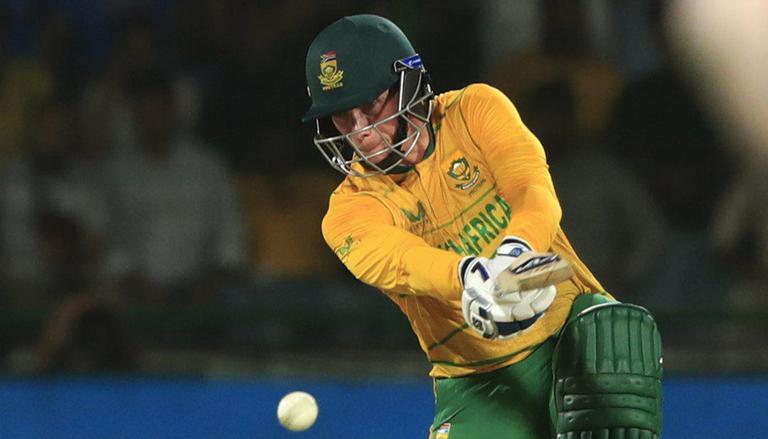 
He might not have played a lot of games for Rajasthan Royals in this edition of IPL but Rassie van der Dussen counts his experience of watching close games from the dug-out as invaluable, something that helped while chasing a huge Indian total in first T20 International.

Van der Dussen scored 75 off 46 balls as South Africa chased down a target of 212 in a canter in the first T20I against India.

Van der Dussen, who although played only three games for the Rajasthan Royals this season, feels staying in India for the past couple of months,helped the majority of the South Africans players to cope with extreme conditions, while also providing them with a fair idea as to how to tackle the Indian bowlers.

"Definitely (IPL has helped). I watched a lot of IPL games, did not got much of an opportunity to play but I had a pretty good idea what their bowlers would do and the conditions," van der Dussen said at the post match press conference.

READ | 'I cannot ask them to drop themselves': Ishan Kishan on competition with Rohit and Rahul for India opener's slot

"Indian conditions are different to what we have in South Africa. I spent two month here, been in these conditions, been in the heat, so had acclimatised to that and that goes for everyone," he added.

The likes of Quinton de Kock, David Miller, Kagiso Rabada and Anrich Nortje were all part of the league this season which was played in entirely in India.

"We had a lot of guys in the IPL this year and that's helped us in the first game to adapt quicker and get over the line." Van der Dussen, who stitched a match-winning partnership with Miller, had initially struggled in his unbeaten 75-run knock.

"I struggled to get the pace of the wicket, I was under pressure. But David continued his form form the IPL and played a brilliant innings, put pressure on the bowlers and just pulled me through.

"He hit one or two sixes and the momentum swung towards us. I was obviously lucky, you got to acknowledge that. But luck is the part of the game."

"When I was dropped, I knew I had to make India pay"

The 33-year-old right hander had a slice of luck going his way after his initial struggle with the bat as he was dropped by Shreyas Iyer on 29 in the 16th over.

"I did feel under pressure, not being able to get boundaries early on but I think it wasn't through lack of intent or planning. Sometimes it just doesn't come off.

"I was lucky, if Shreyas would have caught that ball it might have been a different game, saying that we had a lot of batting coming in after that." But once Van der Dussen got a second life knew he had to make it count as he had already dealt with the tough part of settling in on the tricky wicket.

"The key for me, was that when he dropped it I knew I had to make them pay because I took balls to get in and it was a wicket that got easier once you get in," he added.