After T20s, Virat Kohli Stepping Down As ODI Skipper Unthinkable? These Records Suggest So

Virat Kohli announced that he would be stepping down as the captain of the T20 Indian Team post the tournament. Take a look at ODI records held by Virat Kohli. 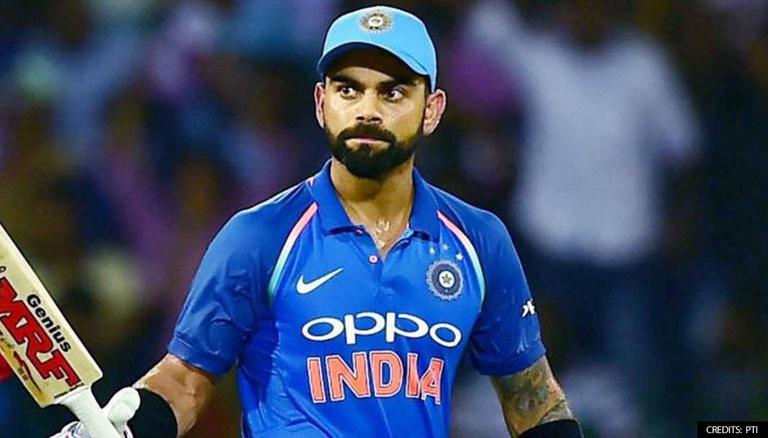 The cricketer in his statement wrote that he had taken this decision after a lot of contemplation and discussion with his peers like coach Ravi Shastri and vice captain Rohit Sharma. As Virat Kohli steps down from T20 Captaincy, questions have also been raised whether he may take a similar route in ODIs. Here are some of the records that the cricketer holds in One Day International (ODI).

3. Virat Kohli is the only Indian batsman who got 890 rating points in the ICC's ODI ranking. Previously, Sachin Tendulkar got the best rating of 887 in 1998

5. Virat Kohli is the 5th-highest run-scorer as an ODI captain

6. Virat Kohli has the highest career average of 59.07 among Indian batsmen in ODIs

7. Virat Kohli is the batsman with the second-most number of centuries in ODIs (43)

8. Virat Kohli is the batsman with the third-most Player-of-the-Match awards in ODIs (9)

Virat Kohli via his social media shared a statement that read:

I have been fortunate enough to not only represent India but also lead the Indian Cricket Team to my utmost capability. I thank everyone who has supported me in my journey as the Captain of the Indian Cricket Team. I couldn't have done it without them - the boys, the support staff, the selection committee, my coaches and each and every Indian who prayed for us to win.

Understanding workload is a very important thing and considering my immense workload over the last 8-9 years playing all 3 formats and captaining regularly for the last 5-6 years, I feel I need to give myself space to be fully ready to lead the Indian Team in Test and ODI Cricket. I have given everything to the Team during my time as T20 Captain and I will continue to do so for the T20 Team as a batsman moving forward.

Of course, arriving at this decision took a lot of time. After a lot of contemplation and discussions with my close people, Ravi bhai and also Rohit, who have been an essential part of the leadership group, I've decided to step down as the T20 Captain after this T20 World Cup in Dubai in October. I have also spoken to the secretary Mr Jay Shah and the President of BCCI Mr Sourav Ganguly along with all the selectors about the same. I will continue to serve Indian Cricket and the Indian Team to the best of my ability.

WE RECOMMEND
Virat Kohli to step down as India's T20 Captain after World Cup in UAE
Virat Kohli's T20 captaincy record: Fifth most wins, Second most runs
As Virat Kohli steps down as T20 Captain, here's a look at T20 records held by him
Will Rohit Sharma succeed Virat Kohli as India's next T20I captain? The Hitman's case
Virat Kohli on 5th Test cancellation: 'Unfortunate how we ended up being here early'
Listen to the latest songs, only on JioSaavn.com