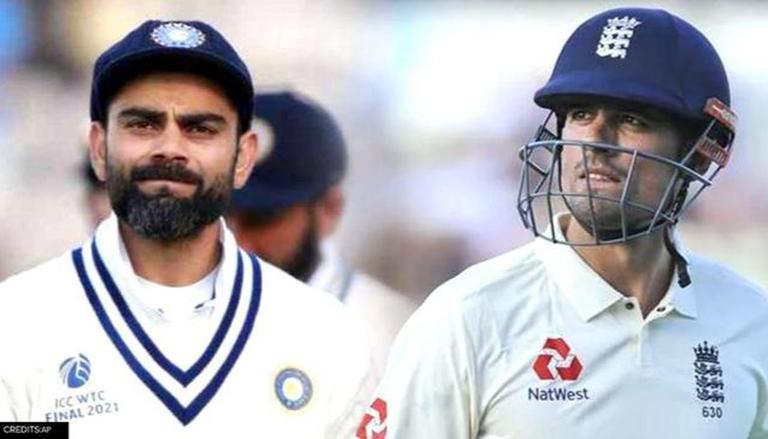 
Former England skipper Alastair Cook believes Team India lost the World Test Championship (WTC) final against New Zealand because they did not get a practice match ahead of the marquee event. Cook, while speaking to the BBC, stated that the two-match Test series between New Zealand and England right before the WTC final helped the Kiwis to be "match-hardened" by the time the one-off Test arrived. The Board of Control for Cricket in India (BCCI) had requested for a practice match ahead of the WTC final but it was denied because of COVID-19 protocols.

Alastair Cook, who captained the England team from 2010 to 2016, said he had already predicted that India would lose the WTC final because they were denied much-needed practice before the competition due to COVID-19 restrictions. The only practice the Virat Kohli-led side received before the mega event was an intra-squad match, which often lacks the intensity of a proper Test.

India lost to New Zealand by 8 wickets as the Indian batsmen failed to put up a good show against a quality Kiwi pace attack. The famed Indian batting line-up collapsed like a pack of cards in the third innings of the Test match, which resulted in New Zealand having to chase a low total in the final innings. Blackcaps bowler Kyle Jamieson remained the star of the show as he picked up a total of 7 wickets, including a five-wicket haul in the first innings.

India is now slated to play a five-match Test series against England away from home, which will also mark the beginning of the next cycle of the World Test Championship. The 20-member Team India squad that had travelled to England last month is still in the country, awaiting the Test series to start. The series is scheduled to begin on August 4 and will end on September 14, the COVID-19 situation permitting. Following the Test series against England, Team India will travel to the UAE for the remaining matches of IPL 2021 which was suspended due to the second wave of COVID-19.