James Anderson has one bright spark in England's lineup and according to former England spinner he is on the same level as Ronaldo and Djokovic. Read on. 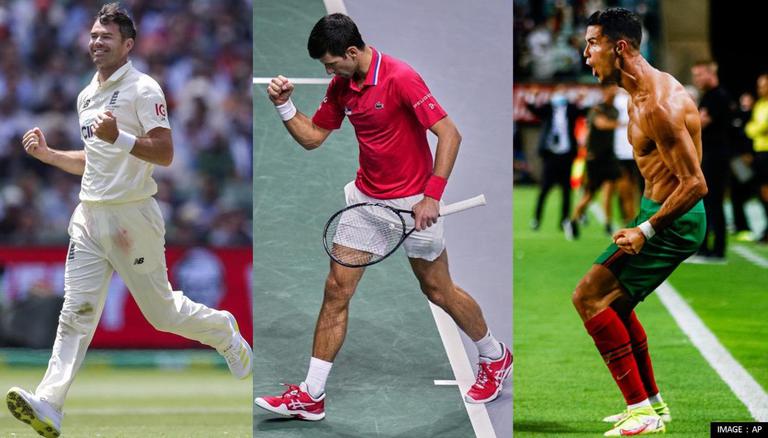 
In the ongoing Ashes series, England have been having a tough time against Australia as they have lost two of the first three Test matches with third still in progress. But the one bright spark in England's lineup has been veteran bowler James Anderson. And according to former England spinner Monty Panesar compared Anderson to footballing superstar, five-time Ballon d'Or winner Cristiano Ronaldo and Tennis superstar, 20-time Grand Slam winner Novak Djokovic.

"James Anderson was just magnificent. His performances are really up there with great sportsmen right now like Cristiano Ronaldo at Manchester United, Novak Djokovic with the tennis. Jimmy Anderson is right up there with these kinds of stars. That was a brilliant bowling performance. We probably won't see again another England bowler like that. I thought England had probably their best bowling performance of the series so far," Panesar told Sky Sports.

Australia vs England: Anderson's performance in the Ashes so far

Panesar was full of praise for England's bowling lineup including Mark Wood who took the wicket of in form Marnus Labuschagne. "As a bowling unit, they bowled magnificently well. Mark Wood, who has been dangerous throughout the whole series, was bowling with extreme pace, clocking up 150kph, and getting the No 1 batsman (Marnus Labuschagne) out. It was brilliant to watch," Panesar told Sky Sports.