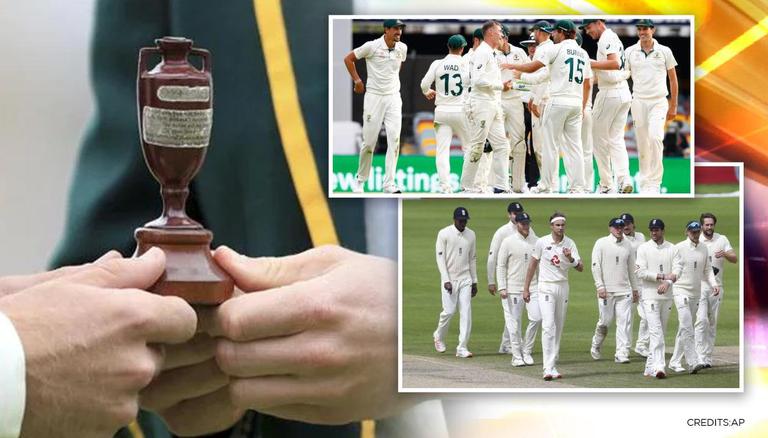 
The England and Wales Cricket Board (ECB) and Cricket Australia (CA) have confirmed the Ashes schedule for 2021-22 to be staged in Australia.

The arch-rivals will kickstart their traditional cricketing rivalry at the 'Gabba' Brisbane from December 8-12 whereas, the second Test match at the Adelaide Oval from December 16-20 will be a Day-Night affair. The iconic Boxing Day and New Year’s Tests will be played at the Melbourne Cricket Ground (December 26-30) and Sydney Cricket Ground (January 5-9) respectively, with the final Test scheduled for Perth’s Optus Stadium (January 14-18), as per the ECB release.

Meanwhile, it will be for the first time in 26 years that the final Ashes Test will not be staged in Sydney.

We have confirmed the Men’s and Women’s Ashes schedule for 2021-22 to be staged in Australia!

The Aussies successfully retained the urn after drawing the five-match away Test series against England 2-2 in 2019. At the same time, Australia ended up avoiding a defeat on English soil for the first time since 2001.

History of the Ashes & the legacy behind the 'Urn'

'The Ashes' are one of the oldest and special series between England and Australia and one of the longest-running rivalries in sport. England and Australia meet roughly every two years, with the winners claiming one of the most famous (and smallest) trophies in cricket. 'The Ashes' roots go back in time to 1882 when England were beaten at home at the Oval for the first time by Australia. England's series defeat shocked the entire cricketing world at that time. Following that The Sporting Times newspaper printed a joke story on the 'death of English cricket'. The report said English cricket would be burnt down and the ashes sent to Australia.

When England next visited Australia those ashes became real as a pair of bails (above wicket) were burned and the ashes put into the now-famous urn. The winning players are given a replica to celebrate with, as the real trophy is far too fragile. Over 75 years later, the original urn lives in the MCC museum at Lord's cricket ground in London.

The Ashes 'urn' that is presented to the winning team

is made of terracotta and stands at 11cm high. There is a belief that it contains the ashes of a burnt cricket bail. This urn was first presented to English skipper Ivo Bligh. It was presented as a gift after a friendly match which was played at  Rupertswood Mansion in Sunbury during the 1882–83 tour in Australia. Post his death, the urn was given to the Marylebone Cricket Club (MCC).

Here's what is written on the Ashes urn:

"When Ivo goes back with the urn, the urn;

The welkin will ring loud,

The great crowd will feel proud,

Seeing Barlow and Bates with the urn, the urn;

And the rest coming home with the urn."