Ashes 2021-22: Victoria Police Kick Out Over 100 Fans From MCG For Unruly Behaviour

Fans at the MCG, watching the AUS vs ENG 3rd Test of the Ashes 2021-22, got a bit too loose in the stands and hundreds of them were chucked out of the stadium. 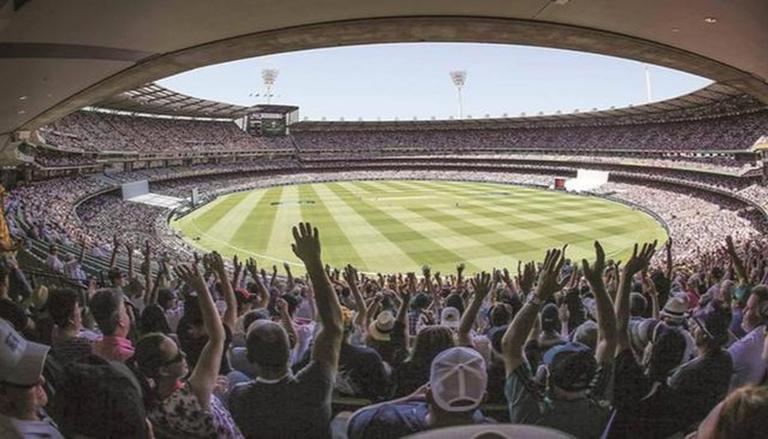 
Cricket fans were deprived of live cricketing action at the Melbourne Cricket Ground (MCG) ever since the COVID virus shocked the world almost two years ago. Their wait came to an end when Australia and England locked horns against each other for the third Test match between both in the Ashes 2021-22 series. Fans got a bit too loose in the stands, as rowdy cricket enthusiasts were seen drinking ‘shoes’ and pouring beer over their heads and in turn ended up receiving unwanted attention from the security personnel. As per a report by Daily Mail, they were told by the Victoria Police that exactly 100 fans were evicted from the MCG for unruly behaviour on Sunday, while many more ejections were also on cards for Monday.

The MCG Test which started on Boxing Day was attended by approximately 70,000 spectators who were quick to transform the atmosphere into a giant party. However, a few of the fans went a little too far and got escorted out of the venue for drinking beer out of their shoe. Daily Mail’s report further states that the police had warned the fans not to misbehave while adding that no arrests were made on Sunday, as most of them were responsible and did the right thing. Fans were seen in unique costumes with beachballs and giant beer snakes made of hundreds of plastic cups were some of the popular ways for them to have fun.

Meanwhile, the Ashes 2021-22 faced a major scare ahead of the second day’s play as four of the non-playing members of England’s touring group tested positive for the COVID virus in Melbourne. Two support staff and two of their family members received positive tests from the rapid antigen tests, and the play began with a 30-minutes delay as the English squad awaited their COVID negative results. Cricket Australia (CA) was adamant about the continuation of the series as planned and as per Daily Mail, the cricket governing body of Australia’s boss Nick Hockley said, “We just need to remain calm and get the facts. Everyone needs to follow medical advice. On that basis, we keep going. We've been working on the plans for this tour for over six months.”

On the match front, Australia were restricted on the score of 267 in their first batting innings on Monday before England came out to bat again to add to their first innings score of 185 runs. However, England’s batting woes were exposed yet again as they lost four of their batters in the third innings of the match before the second day’s play came to a halt. Star Aussie pacer Mitchell Starc contributed with two wickets from the five overs he bowled, while debutant Scott Boland returned with two wickets in the lone over he bowled before stumps.