Ashes: Australian Greats Recreate 'one Of The Great Cordons' With Gilchrist Behind Stumps

Ex-Aussie cricketers recreated one of the greatest slip cordons of all time, with Adam Gilchrist behind the stumps, during the ongoing AUS vs ENG Ashes 2021-22. 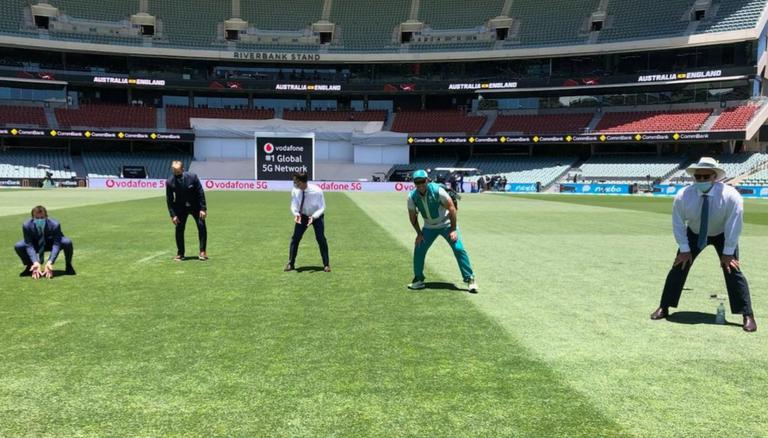 
The Australia vs England Ashes 2021-22 series is currently on the final day of the second Test match at the Adelaide Oval, with Australia edging close to the victory. Meanwhile, few of the Australian legendary cricketers were seen recreating one of the greatest slip cordons in cricket of all time, which brought back many happy memories for cricket fans.

7 Cricket, one of the broadcasters of the Ashes series, took to their official Twitter handle and shared a picture, where all the former cricketers can be seen posing the same way, they used to do during their time playing for Australia.

One of the great cordons, together again 🙌

How did the cricket fans react after seeing the slip cordon?

Cricket fans were elated to see the great cricketers recreating the slip cordon, as they expressed their reactions on Twitter. Fans hailed the slip cordon while hoping that Glenn McGrath should be the one bowling. At the same time, other fans mentioned the picture misses another great slip fielder from Australia, Mark Waugh.

McGrath should be bowling!

Can any great Aussie slip cordon be complete without the greatest of them all there in the slips? - @juniorwaugh349

On the match front, Australia look promising to take a 2-0 lead in the Ashes 2021-22 as at the time of writing this article, England need 288 runs in the fourth innings of the second Test match, currently on its final day to win the match. Australia declared their first innings of the match at 473/9, while England got bundled out on the total score of 236 runs. Meanwhile, the Aussies scored 230 runs in their second batting innings and set a fourth-innings target of 468 runs. England are currently batting at 180/8 with 28.3 overs of play remaining in the match.