In the fourth Ashes 2021-22 Test match between Australia and England, the England cricket team managed to hold on to their last wicket for a draw. 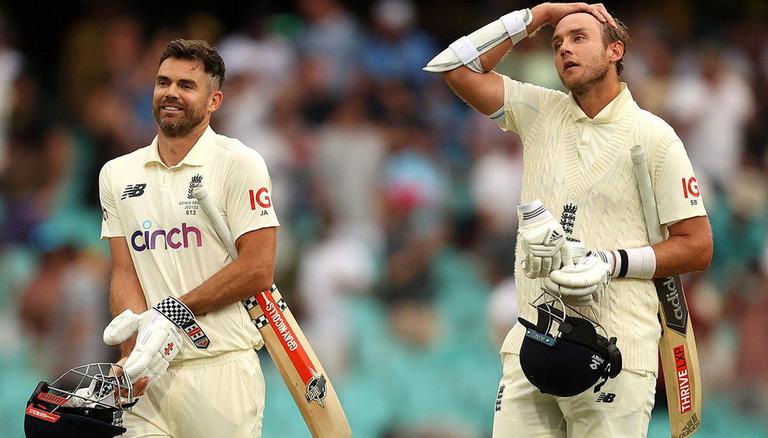 
In the fourth Ashes 2021-22 Test match between Australia and England, the England cricket team managed to hold on to a draw. Australia came into the match with not much to lose as they had already clinched Australia vs England 2021-22 Ashes series. But fans on the internet were pleased to see England come away with a draw that otherwise seemed very unlikely. It was truly a very thrilling end to the game that saw England hold on to a wicket with two overs to go.

That’s a step in the right direction .. Huge courage shown by the England side this week .. A draw might not seem much when you are 3-0 down but to me it is .. well done @root66 & the team .. that’s what spirit is all about .. #Ashes

What a match! #Ashes #WTC23 pic.twitter.com/xX1XlcKYM1

How blessed are those who 'get' Test Cricket. #Ashes pic.twitter.com/mM7LFVJ8Oy

Some real character on show. We know that's what you wanted to see 💪

It's a draw at SCG, England survives but what a match, Test cricket at it's best with England 9 down and held on to a draw.

They’ve played 320 Tests between them & given their all to English cricket. But the 3 exultant punches to the air from @StuartBroad8, twice as soon as @jimmy9 kept the last ball out, & then one as they walked off together tells you what playing for England means to them #Ashes pic.twitter.com/RqN2uexod9

2 legends with the ball Anderson and Broad make a superb 12 ball unbeaten last wicket partnership with the bat to save the 4th #Ashes test for England. Great final day test cricket pic.twitter.com/SUA7Y9Z878

AUS vs ENG: Australia vs England 4th Test ends in a draw

Australia won the toss, chose to bat first and that worked heavily in their favour. While David Warner, Marcus Harris and Marnus Labuschagne put on a few runs on the board it was a steady performance from Steve Smith and a sensational century from Usman Khawaja that really put runs on the board for Australia. Smith managed to get to 67 off 141 balls while Khawaja scored 137 runs in 260 balls as Pat Cummins decided to declare at 416. Veteran bowler Stuart Broad was just fantastic as he grabbed five wickets in the innings.

England came out to bat but their lower order again failed to put many runs on the board. Haseeb Hameed who has struggled all through the series managed just six runs, Zak Crawley got to only 19, Dawid Malan got just three, and surprisingly in form skipper Joe Root got out on a duck. However, Ben Stoked and Jonny Bairstow stabilised England's innings as they managed a partnership of over 100 runs before Stokes departed for 66 runs off 91 balls. Bairstow carried on superbly as he got to 113 runs off 158 balls as England were all out on 294. Scott Boland was excellent in bowling pace as he grabbed four wickets.

AUS vs ENG: Australia vs England 4th Test England manage to hold on for a draw

Australia began with a few runs from the likes of Harris, Labuschagne and Smith but once again it was Khawaja who played sensational innings. He scored another century in the match reaching 101 not out in 138 balls. Cameron Green played a good supporting role as he scored 74 runs off 122 balls before Pat Cummins declared at 265 for the loss of six wickets. Jack Leach did well to grab four wickets in the innings.

READ | Ashes 2021: Joe Root bowls a bouncer, surprised Usman Khawaja signals 'one for the over'

England came out with the knowledge that they had to hold on to grab at least a draw. Hameed was again disappointing as scored just nine runs before departing, but Crawley managed to hold on as he scored 77 runs off 100 balls. Joe Root and Ben Stokes put some more runs on the board as they tried their best to stall. Root scored 24 runs off 85 balls and Stokes managed to get 60 runs off 123 balls. Bairstow also played well as he scored 41 runs off 105 balls. Towards the end, it seemed like Australia just might manage to get the win with just one wicket left but Stuart Broad and James Anderson held on well to see the match out as a draw.