Pat Cummins looked ominous in his debut match as the full-time skipper of the Australian men's team on Wednesday, picking a fifer to begin his new voyage. 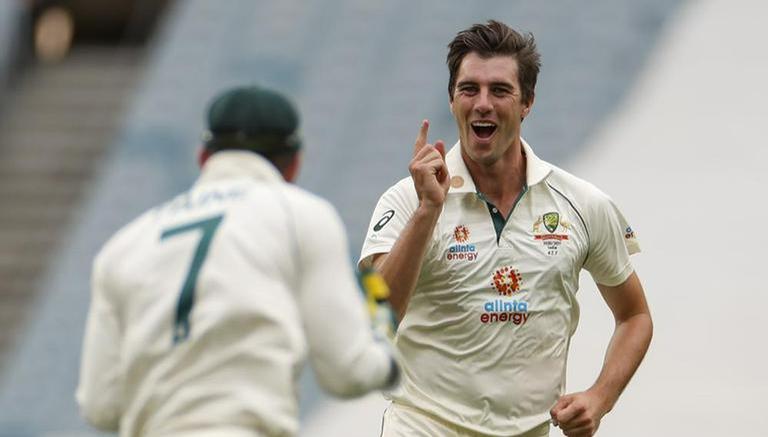 
Pat Cummins looked ominous in his debut match as the full-time skipper of the Australian men's team on Wednesday, picking a brilliant fifer to begin his new voyage. In the process, the World No. 1 ranked Test bowler also became the first captain in more than 39 years to pick a five-wicket-haul in an Ashes series. The last time a captain had picked a fifer in an Ashes series was way back in 1982, a record set by the then Australian skipper Bob Willis.

Pat Cummins becomes the first captain to take a five-wicket haul in an #Ashes Test since Bob Willis in 1982 🔥 pic.twitter.com/pF0F1PYnGj

Coming back to the Ashes, England are in serious trouble, having bowled out for just 147 runs in 50.1 over. Mitchell Starc provided an early breakthrough this morning claiming England opener Rory Burns's early dismissal. Starc dismissed Burns for a golden duck off his very first ball of the innings. After Starc, Josh Hazlewood joined the party by claiming two consecutive wickets of Dawid Malan and England skipper Joe Root for 6 and 0 runs, respectively.

Before the lunch break, Cummins also grabbed a wicket as he dismissed Ben Stokes to put the home side ahead in the match. Cummins struck again after the lunch as he removed Haseeb Hameed for 25 off 75 balls. Ollie Pope and Jos Buttler looked good for England but couldn't put up a big partnership and were dismissed for 35 and 39 runs, respectively by Cameron Green and Starc. Cummins came back into the attack and picked three wickets to help Australia bowl England out for a low total of 147 runs.

Cummins has also become the 14th player in Test history to register a five-for in a debut match as captain. Afghanistan's Rashid Khan was the last player to register a five-wicket-haul in debut Test as captain. Cummins was made the captain of the Australian men's side after regular skipper Tim Paine was forced to step down following revealation of his sexting scandal. Cricket Australia (CA) named Cummins as the new captain of the Australian Test team with Steve Smith as his deputy. Before coming into the game, Cummins had 164 wickets from 34 Test matches, including 5 five-wicket-hauls.

WE RECOMMEND
Ashes 2021-22, 1st Test Live Streaming: How To Watch AUS vs ENG in India, UK and US?
Ashes 2021: Australia announce Playing XI for tournament opener, Starc retains his spot
Pat Cummins credits former Indian pacer for showing bowlers can also lead well in cricket
Ashes 2021: Is Alex Carey in line to make Test debut against England? Here's an update
Buttler open to another day-night Ashes test, or any cricket
Listen to the latest songs, only on JioSaavn.com