Former India cricketer Ashok Malhotra will be the next president of the Indian Cricket Association, a powerful body that will work in tandem with the BCCI.

Former India cricketer Ashok Malhotra will be the next president of the Indian Cricket Association, a powerful body that will work in tandem with the BCCI & reflect the interest of Indian cricketers. Republic TV is in possession of the nomination application list that clearly shows Malhotra is the only candidate contesting for the post of president of the Indian Cricketers Association while former India player Surinder Khanna will be uncontested for the position of ICA Representative Nominee to the IPL Governing Council. Interestingly, there will be a three-way contest between Ashu Dani, Hitesh Majumdar and Siddhesh Sahib Singh for the post of ICA secretary. For the post of treasurer, it will be a direct contest between Kishore Kumar Sharma and V Krishnaswamy.

Below are the relevant documents 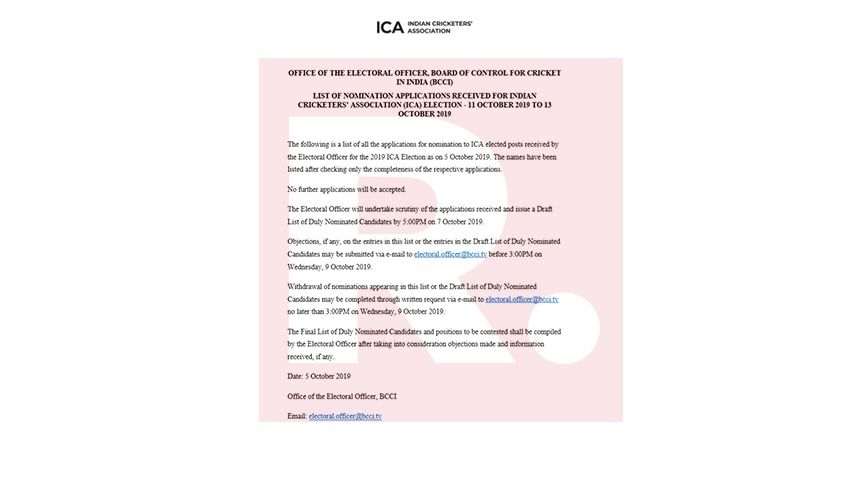 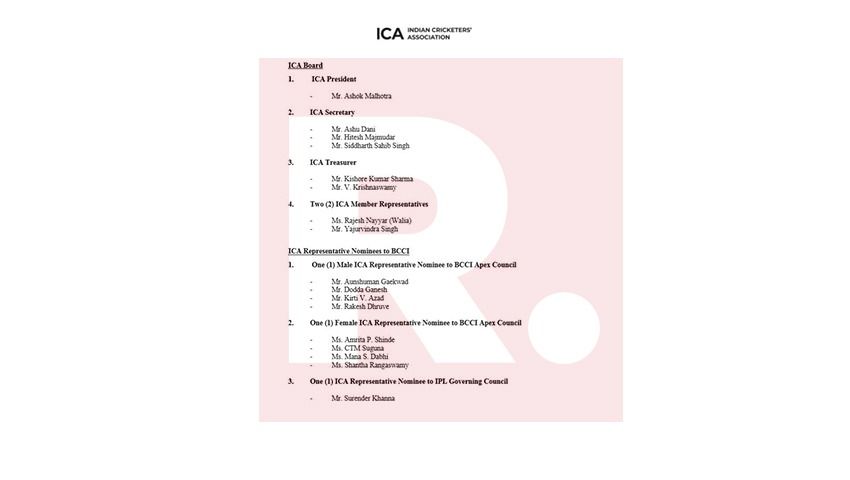 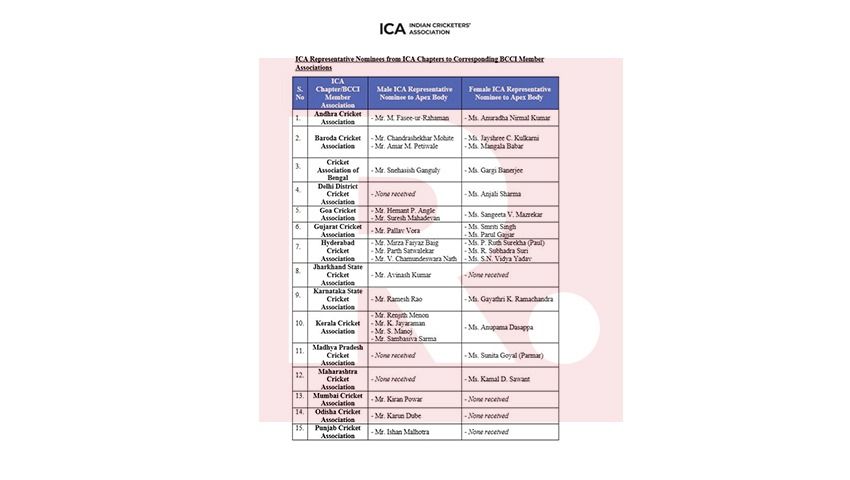 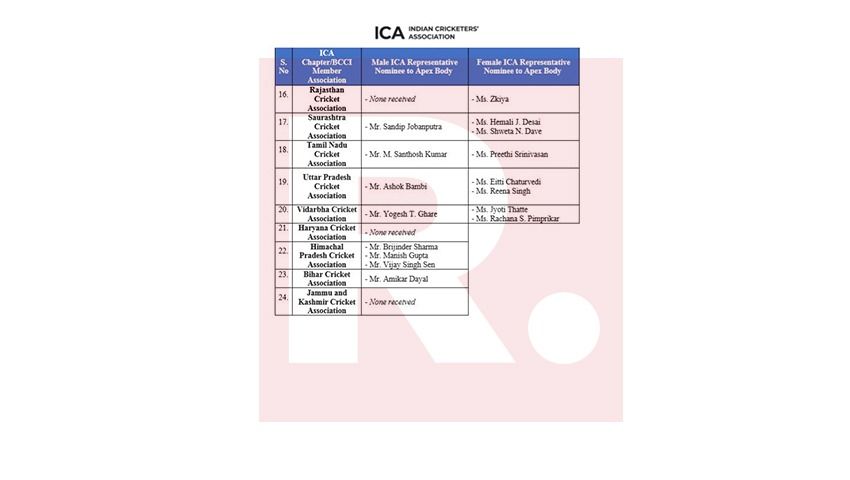 Favourites to get elected as members of ICA

Both Rajesh Nayyar and Yajurvindra Singh have a good chance to get elected uncontested for the two members as ICA Member Representative. But all eyes will be on the all-important position of male ICA representative to BCCI's Apex Council which will be contested by Anshuman Gaekwad, Kirti Azad,  Rakesh Dhurve and Dodda Ganesh,  Shanta Rangaswamy will be a clear favourite for the position of the female representative, which will also be contested by Mama Dabhi, Amrita Shinde and CTM Suguna. The nomination paper mentions that the "Electoral Officer will undertake scrutiny of the applications received and issue a draft list of the nominated candidates by 5:00 PM on October 7. All the objections to the nominations will have to be submitted by October 9. The final list of the nominated candidates and positions to be contested shall be compiled by the Electoral Officer after taking into consideration objections made and information received if any."

The ICA is not affiliated to Federation of International Cricketers' Association (FICA) and is only open to former men and women cricketers, unlike the players' associations in most countries. The functioning of ICA will be independent of BCCI's functioning and the association will have to generate its own funds even though the board will provide some initial grants. Former India cricketers Kapil Dev, Ajit Agarkar and Shantha Rangaswamy are the directors at ICA and holding their positions until elections are held.