In a major development, the BCCI on Wednesday announced an 18-man squad for the upcoming T20 World Cup including 3 players on the standby list. 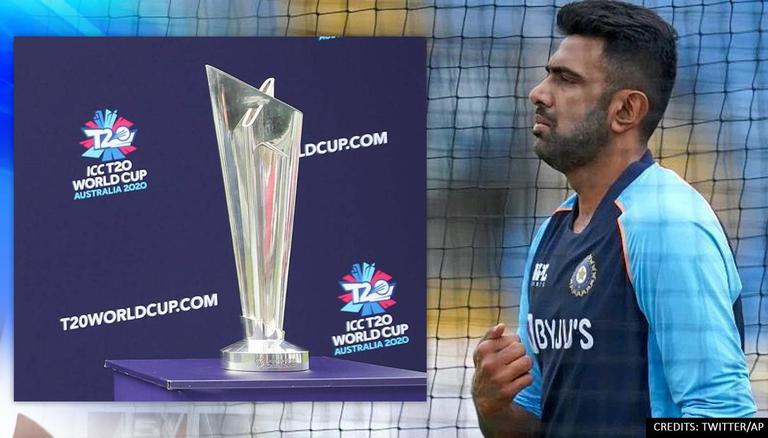 
In a major development, the BCCI on Wednesday announced an 18-man squad for the upcoming T20 World Cup including 3 players on the standby list. What surprised everyone is when the BCCI named off-spinner Ravichandran Ashwin in India's final 15 for the T20 World Cup. Ravichandran Ashwin was not part of Team India's limited-overs squad, in fact, the off-spinner last donned the Blue jersey back in 2017.

Now, Ravichandran Ashwin has reacted to his inclusion into India's T20 World Cup squad and shared his feelings on it. Ashwin shared a picture of a quote of himself on his Twitter handle which he wrote back in 2017 and stated that 'Quotes that we read and admire have more power when we internalise them and apply in life.' Ashwin also expressed happiness and gratitude as the only words that could define him right now.

2017: I wrote this quote down a million times in my diary before putting this up on the wall! Quotes that we read and admire have more power when we internalise them and apply in life.

Happiness and gratitude are the only 2 words that define me now.🙏 #t20worldcup2021 pic.twitter.com/O0L3y6OBLl

Ashwin hasn't been in the scheme of things in T20Is for a long time last having played in the shortest format during India's tour to West Indies back in 2017.  Good performances in IPL led to Ashwin's selection in T20 WC squad: Chief selector Chetan Sharma  Team India chief selector Chetan Sharma on Wednesday said good performances in the Indian Premier League (IPL) went in favour of experienced off-spinner Ravichandran Ashwin as he was picked in the team for the upcoming T20 World Cup.

"Ravichandran Ashwin has been playing in the IPL regularly. He has performed well there. When you go into the World Cup, you need an off-spinner, everyone has an idea that the wickets in the UAE will get slower as IPL will also be played there. Spinners will get assistance so having an off-spinner holds the key. Washington Sundar is injured and Ashwin is an asset for the team. He has performed well in the IPL so that is why he has found a place for himself in the squad,"said Chetan Sharma as reported by ANI.