Australian PM Scott Morrison was found in the commentary box during the third day of the 4th Ashes 2021 Test match amid the ongoing Novak Djokovic controversy. 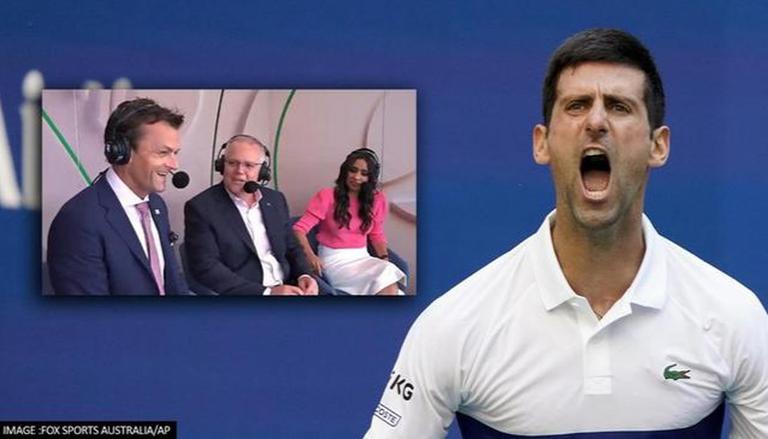 
As the controversy involving Novak Djokovic continues to get uglier by the day, Australian Prime Minister Scott Morrison was found in the commentary box during the third day of the ongoing fourth Ashes Test match between Australia and England.

As seen in the video below, Australian PM Scott Morrison can be seen enjoying the fourth Australia vs England Test match, as Cameron Green begins to bowl the fifth ball of the 22nd over to Dawid Malan. The Australian PM was introduced as a special guest in the commentary box by Adam Gilchrist, who over the years has helped Australia win several Test matches against England.

"Special... guest here... it's the Prime Minister... Scott... Morrison... thanks... for joining us" -- the most awkward intro to the Fox Sports cricket commentary booth ever #Ashes2021 #Ashes pic.twitter.com/rjg25229PY

While the addition of the Australian PM to an Ashes Test would be interesting on most occasions it is the timing of Scott Morrison's appearance that raises eyebrows. He made an appearance at the fourth Australia vs England Test match, as the tennis world continues to debate over Novak Djokovic's detention in Melbourne.

Djokovic's visa was cancelled soon after his arrival in Australia on Tuesday. The 20-time Grand Slam champion had announced on his social media accounts that he would be competing at the Australian Open tournament after being granted a medical exemption after having refused to reveal his COVID-19 vaccination status. However, due to the country's strict rules and protocols at this precarious time, the tennis legend was detained. It is believed that the 33-year old will now fight a legal battle in Australia.

READ | Novak Djokovic will be allowed to play French Open even if not vaccinated: French Minister

While the controversy involving Djokovic is not expected to end any time soon, Morrison was present at the fourth Ashes Test to offer his support towards the McGrath Foundation. This is an initiative to help breast cancer patients in the country and was introduced by former Australian pacer Glenn McGrath. Reports suggest that PM Morrison has announced a staggering $40 million grant for McGrath's initiative and is confident that other Australians will also aid the cause.