Australia's 91-year-old Dough Crowell has been actively taking part in cricket matches at the age of 91. Here we reveal more details about his journey. 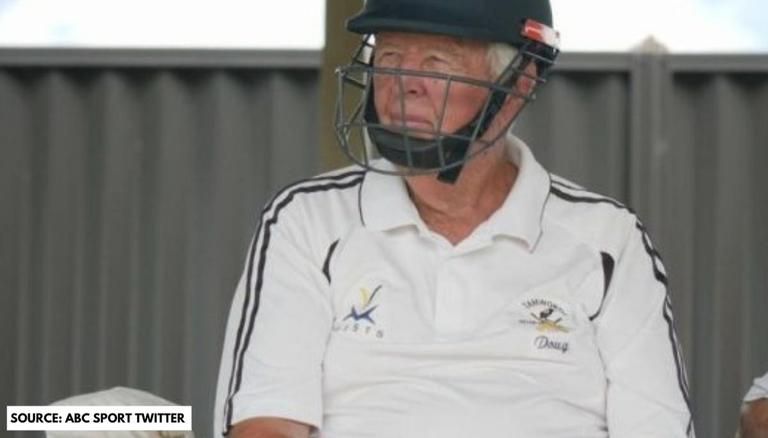 Cricket as a sport enjoys a tremendous following in Australia. While the Australians relish seeing their national teams lock horns with cricketing giants of the world, they also enjoy playing the game as well. The Dough Crowell cricket story is a testament to the sport's immense popularity Down Under. 91-year-old Dough Crowell might very well be the oldest cricketer in Australia, however, his dedication when it comes to the sport is bound to surprise many.

Dough Crowell Cricket journey: Australia's oldest cricketer is an inspiration for many

The Doug Crowell Australia cricket story is bound to leave a number of cricket fans by surprise. The 91-year-old have been playing competitive cricket for 70 years now, and he still has no plans of hanging his boots anytime soon. The player is a renowned name among the Australia veteran cricketers and his passion for the sport despite his age is exemplary.

In his conversation with ABC Sport, Crowell revealed that while on several occasions he feels that he might have to quit the game in a couple of years, he is not facing any issues regarding his fitness as of now, and moreover, he still enjoys participating in cricket matches alongside fellow Australia veteran cricketers. In the same interview, he pointed out that 'Veterans Cricket' gives a platform for the players who had left the game in their 30s but still want to take part in the sport in order to keep themselves fit.

Crowell also mentioned that apart from cricket, he also plays tennis three times a week to remain fit. He also opined that there is so much to be gained out of cricket. The seasoned campaigner also joked about how on several occasions people try to correct his strokes and point out his technical flaws. He states that he has been playing these cricketing strokes for close to 70 years now and does not intend to change them.

Dough Crowell's story arguably is one of the most fascinating cricket stories of recent times. His journey has the ability to inspire a number of youngsters who want to take up the sport. Moreover, it also could motivate the older generation to pick up the sport once again. From playing a rigorous game as tennis three times a week, to play cricket with fellow veterans, Crowell's age-defying sporting practices have garnered immense appreciation from all corners. Watch the player narrate his cricketing journey in a video shared by New South Wales State over 70’s Cricket Championships: