BAN vs SL Dream11: Get all the match details, weather and pitch report and probable playing 11s for the upcoming Bangladesh vs Sri Lanka ODI game. 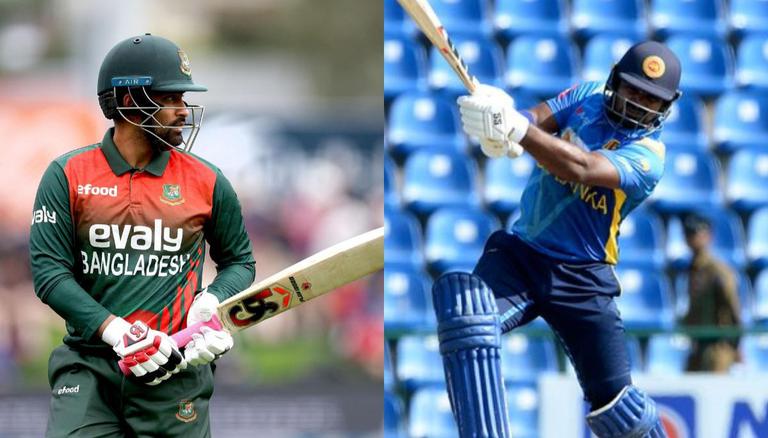 
Bangladesh will go up against Sri Lanka in the 2nd ODI match of Sri Lanka’s tour of Bangladesh 2021. The match is set to begin at 12:30 PM IST (1:00 PM local time) from the Sher-e-Bangla National Cricket Stadium, Dhaka on May 25, 2021. Here is our BAN vs SL Dream11 prediction, team, and fantasy top picks.

Bangladesh have climbed to fourth spot in the ICC Men's @cricketworldcup Super League standings after their 33-run win in the first #BANvSL ODI.https://t.co/wdvTWOwJwO

Having won the first of their three ODI series by a strong 33 runs, Bangladesh will take on Sri Lanka to try and close out the series on Tuesday, May 25. While they will be coming into this series having lost their last ODI series to New Zealand 0-3, Bangladesh's ODI record in 2020-21 has been fairly positive and they will hope to add a series victory against Sri Lanka to their list. This win also takes the host side to 4th place on the Super League table.

On the other hand, already in bad form, the troubled Sri Lankan side will be without some of their best players. Under the leadership of Kusal Perera, the team will be confident as they go to Dhaka to take on Bangladesh, who they just defeated in a two-Test series last month. While, their last ODI series, also against the Windies, ended in a 0-3 defeat for them, the series before that, in 2020, did see the Sri Lankans put down the Windies by a similar margin.

Tamim Iqbal (52 off 70) Mushfiqur Rahim (84 off 87) and Mahmudullah (54 off 76) were the best batsmen for Bangaldesh in the 1st ODI. With 74 runs, Wanindu Hasaranga was the best with the bat for Sri Lanka while Dhananjaya de Silva was the bowler of choice for the team, with three wickets to his name. Mehidy Hasan Miraz, 4 wickets for 30 runs and Mustafizur Rahman, 3 wickets for 34 runs will be the picks of the bowlers for Bangladesh.

The pitch at the  Sher-e-Bangla National Cricket Stadium has been a bowling-friendly one through the years. With an average first innings score of 198 historically the pitch is very well suited to pacers with batsmen having to slog it out for runs. Going by previous matches and expected weather conditions, the captain winning the toss should choose to bowl first. Accuweather predicts no rain during the game. The temperature is expected to be around 37°C, with 47% humidity and 40% cloud cover.

Sri Lanka will be without Dinesh Chandimal, Angelo Mathews, Lahiru Thirimanne and Dimuth Karunaratne in this series. Rubel Hossain and Hasan Mahmud have been ruled out due to injuries for Bangladesh.

Shakib Al Hasan and Mushfiqur Rahim will be perfect options as captain or vice-captain.

According to our BAN vs SL Dream11 prediction, Bangladesh will edge past Sri Lanka and win this match.