Former Indian skipper Sunil Gavaskar has picked his on-field rival West Indies legend, Sir Viv Richards, as the best 'opposition batsman that he has ever seen 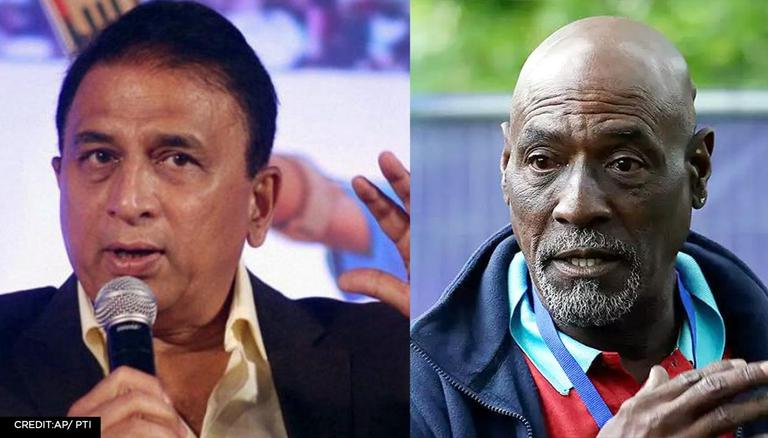 
Yesteryear cricketing megastar Sunil Gavaskar has picked West Indies batting legend, Sir Viv Richards, as the best batsman of his era. Viv Richards is regarded as one of the destructive batsmen in the history of the game who was an integral part of the Windies team that had reached the pinnacle of success back in the 70s and early 80s under the leadership of Clive Lloyd who had led them to consecutive World Cup triumphs in 1975 & 1979 respectively.

The Caribbean team had also secured a third straight final berth in 1983 but went down to the then underdogs India. Sunil Gavaskar was a part of that Indian team famously known as 'Kapil's Devils'.

"Who was the best batsman that I saw? I think everybody agrees that it is Viv Richards for the way he dominated the opposition attack. Just took the game away. So he's got to be the best opposition batsman that I have seen," said Sunil Gavaskar while speaking on the Cricket Analyst Show.

The Antiguan cricketer had represented West Indies from 1974 to 1991. In his almost two-decades of illustrious cricketing career, Richards was a part of the all-conquering West Indies side that wreaked havoc for two decades under the captaincy of the charismatic Clive Lloyd.

The batting legend had made some vital contributions in both the World Cup triumphs for the Windies. In the inaugural edition of the quadrennial event i.e. 1975, he had starred on the field by running out three Australian batsmen while in the 1979 edition, he scored a match-winning century against England. Viv Richards had also featured in West Indies' third straight World Cup final in 1983 where they went down to the Kapil Dev & Co. by 43 runs.

Chasing a paltry total of 183, the swashbuckling batsman took matters into his own hands after early wickets had derailed his team's run chase. Viv Richards meant business as soon as he made his way to the 22 yards and set off from the word 'Go' and ended up scoring a quickfire 28-ball 33 that included seven boundaries and just when it appeared that he would single-handedly take West Indies to their record third World Cup triumph, an unbelievable catch from Indian captain Kapil Dev ended his stay at the crease.

Madan Lal stunned Viv Rickards with a short delivery and the latter played a mistimed hook shot as the ball went miles up in the air. Kapil Dev, stationed at mid-on, made the dash towards deep mid-wicket. The 'Haryana Hurricane' ran backward and maintaining balance under the ball, he took an incredible catch from nowhere as the big man had no choice but to take a long walk back to the pavilion and that turned out to be the final nail in the coffin for the then mighty powerhouse of the game.

WE RECOMMEND
Sunil Gavaskar reveals why he was afraid of Jeff Thomson & Andy Roberts in his prime
Dinesh Karthik enjoys 'Lunch Date' with legend Sunil Gavaskar
'He is the biggest': Sunil Gavaskar names Indian Icon bigger than him and Sachin Tendulkar
Sunil Gavaskar takes an indirect dig at his 'Contemporaries' over fondness of T20 format
Sunil Gavaskar says India may not dominate world cricket like WI & Aus due to THIS reason